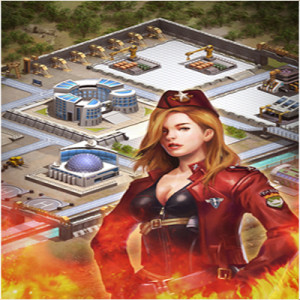 KoramGameLtd. today announced the mid-July release of their new mobile MMO Steel Avengers. The build-and-conquer strategy game will be available for download on the App Store and on Google Play.

In the not-too-distant future, the Earth is struck by a massive natural disaster. A gigantic meteor shower has devastated the entire surface of the Earth, and chaos and anarchy rule. Humanity battles for survival, and various groups are attempting to seize world domination. The battle for resources and power has led to countless wars and conflicts. Players take on the role of a commander who must create a new world in which everyone can live in peace. However, that is only possible with the right resources and a powerful army of tanks. In the classic build-and-conquer strategy system, players must establish a base, build command centers and research facilities, and gather resources. More resources mean more production and capacity for building and upgrading powerful tanks.

For the first 24 hours, new players are protected from enemy attacks on their base. The extensive PvP part of Steel Avengers begins after that. In order to be able to stand against enemy tank groups, players can join with others and form strong alliances. Of course, the focus is on expanding one’s own territory. If your tank force is large enough, you can attack other players and defeat them in epic battles. This is where strategists and fans of PvP will really get their money’s worth, because the various attack and defense formations provide tactical variety and game depth. Thanks to the chat system, attacks can be optimally coordinated and the enemy can be bombed back into the Stone Age.