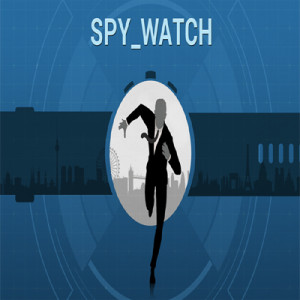 Move over M, there’s a new Spymaster in town with the release today of Spy_Watch from Bossa Studios. Created from the ground up for the Apple Watch, the game transforms the new device into the ultimate spy gadget and introduces a new type of gameplay designed to fit seamlessly into the lives of Apple’s new device.

Thrust into the murky world of espionage, players assume the role of the head of a spy network in disarray. All the agents have been assassinated and just one analyst remains. Your mission, should you choose to accept it: turn this data cruncher into 008 through training and successful completion of missions with the ultimate goal of recapturing the agency’s former glory.

With this rich narrative backdrop, players will communicate with their agent using real-time messages that are completely integrated into Apple’s notification system. Once a new notification arrives, a quick glance will reveal a series of options with the player deciding which one their agent should take through a simple touch — do they try and sneak into the embassy, or charm their way through the front door?

Understanding that players won’t want to be bombarded with constant notifications Bossa has designed Spy_Watch to be part of their everyday interactions with the Apple Watch. Send the agent to Paris to undertake a mission and players won’t hear from them until they arrive at their destination after a couple of hours and ask for their next move. Miss a notification, or don’t respond? No problem, the agent will make their own decision, but will it be the best one?

Furthermore, Spy_Watch will feature a number of procedurally generated missions that will provide further opportunities to level up the agent’s abilities and unlock new story content.