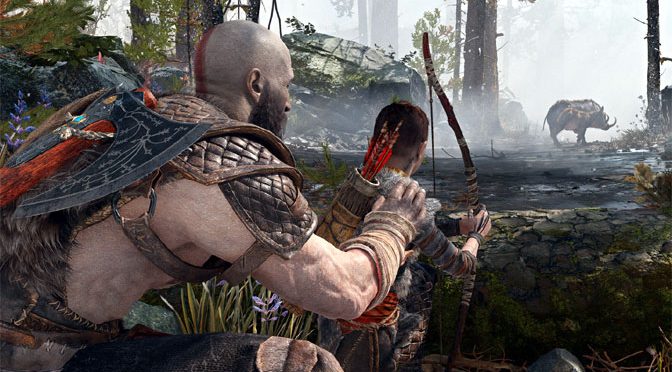 God of War (2018) was simultaneously a beginning and a conclusion of the long-running franchise. For one, it brought an end to the intensely one-dimensional Kratos that had murdered his way through Ancient Greece, gods and all, to avenge the death of his loved ones. Those same loved ones, we discover during the events of the first game, were also slain by Kratos, albeit unintentionally.

So vast had this singular dimension grown that even the developers had come to regard Kratos’ presence as a detriment to the franchise, remarking that he had grown “annoying”. Inevitably, in order to bring the Spartan back for the 2018 release, he had to be made over, not so much as a different character but more of an older, wiser Kratos, one who had traded in his iconic Blades of Chaos for a story arc rooted in his relationship with Atreus.

It had been a long time coming but, fortunately, Kratos’ journey continues to align with pop culture trends. Norse characters such as Thor and Odin are a near-constant in the media, not least in Marvel’s seemingly endless suite of movies, comics, and TV series based on Scandinavian mythology. Loki, the god of mischief, has become something of a breakout villain amid all this attention, too.

In addition to now having his own Disney Plus show and appearing in Fortnite and the Lego Marvel games, Loki has made quite a few friends among online casino operators. The website Casino Lab, one of the best free spins casinos in Canada, features the Tales of Asgard: Loki’s Fortune slot. This five-reel game has a likeness of the troublesome deity, horned helmet, and all.

Of course, fans of God of War will remember that Kratos’ son Atreus was revealed to be Loki at the culmination of their most recent story. This will almost definitely play into the plot in God of War: Ragnarok, which is scheduled for release in 2022. Ragnarok, the Norse apocalypse, was first described in the 10th-century Icelandic poem Völuspá and typically depicts Loki as a villain.

It’s worth noting here that both God of War and Marvel take quite a few liberties with the source material they’re working with. So, it’s quite difficult to determine what direction Sony will go in for the new God of War just by reading what literature was written down centuries ago.

However, the death of Baldur in 2018’s God of War is one of the signposts of Ragnarok’s arrival, as is the involvement of Thor and Tyr, both of which are depicted in one of the earliest trailers for Sony’s upcoming game. The only difference is in who killed Baldur. In the mythology, it’s Loki. In the game, it’s Kratos.

The Cycle of Patricide

The major question now is where Atreus’ allegiance lies. Does he continue to follow a path that has – let’s be honest – been forged for him by Kratos or turn antagonist, as Loki? There’s a feeling that Atreus is being trained as his father’s replacement in some form or another, especially now that the developers want to move away from the mindless violence of the first few games. What happens next could, therefore, be crucial to the future of the franchise.

Unfortunately, for fans of God of War’s laconic barbarian, a repeating undercurrent in the games’ canon is something known as the cycle of patricide – “sons killing their mothers, their fathers”, to quote Atreus. The outcome of the new game will likely come down to whether Atreus will choose to break that cycle or not.