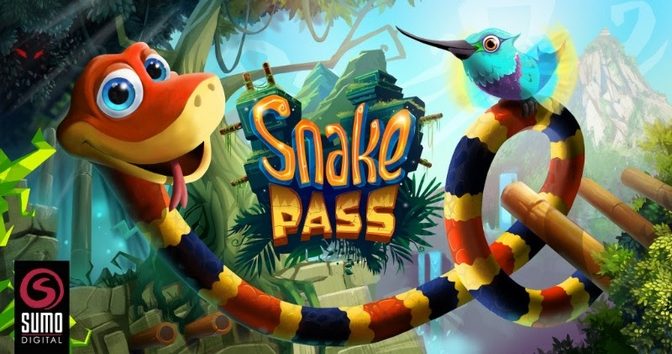 Independent developer Sumo Digital, the studio behind AAA blockbusters Sonic & All-Stars Racing: Transformed and LittleBigPlanet 3, today announced that Snake Pass, its slithery physics platformer, has secured the number one spot in the European Nintendo eShop chart, topping sales in United Kingdom, France, Italy, Spain and the Netherlands. Snake Pass saw off fangtastic competition from the likes of The Legend of Zelda: Breath of the Wild, Snipperclips – Cut it out, together! and Shovel Knight: Treasure Trove.

“When I first had the idea for Snake Pass, I had no clue where the game would take me,” said Seb Liese, creator of Snake Pass. “But here we are today, having secured the number one spot on the Nintendo eShop chart in Europe. It’s been such a pleasure to hear about everyone enjoying the game.”

“I’m hugely proud of the studio and I know that everyone at Sumo is thrilled that the game has resonated with players to such a degree,” said Paul Porter, COO of Sumo Digital. “We always knew Snake Pass was a great concept, but we’ve been totally surprised by the scale of positive reaction to the game. To be the first ever number one on the Nintendo eShop is a piece of hiss-tory I can get behind.”

When a mysterious intruder threatens the tranquillity of their home, it’s up to Noodle the Snake and Doodle the Hummingbird to embark on a daring journey to save the day. Controlling this dynamic duo, you must ‘think like a snake’ and slither, curl and climb your way through 15 levels across 4 increasingly challenging themed worlds. Snake Pass is a unique take on the platforming genre that is intuitive and fun to learn, but will gradually test your snake charming skills to the limit!