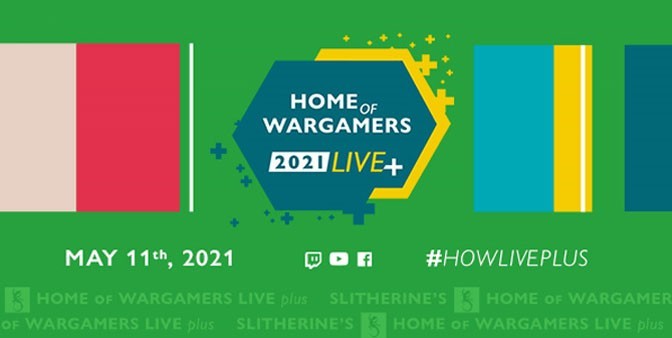 Every gamer with a passion for strategy is invited to join Slitherine for a full day of presentations, insights, announcements, and gameplay sessions: a chance to look into the future of the company. A company whose trademark excellence made it become the undisputed Home of Wargamers.

Home of Wargamers 2021 LIVE was announced today during Tea Time, Slitherine’s traditional weekly show that airs on Twitch every Thursday at 4 pm UK time. Marketing Director Marco Minoli provided some details on this new event and confirmed that it would happen on May 11th. It will be all-digital, all streaming, and free for all.

“Slitherine is growing at a fast pace: franchises like Warhammer 40,000: Gladius, which has now sold well over one million units, Battlestar Galactica Deadlock and Panzer Corps 2 are the tip of an iceberg that also includes the biggest wargame ever produced War in the East 2, “the best 4X game of 2020” Shadow Empire, underdogs big seller ICBM and much more”, said Marco Minoli.

With Warhammer 40,000: Battlesector, Starship Troopers: Terran Command, and Distant Worlds 2 all releasing in 2021, there is much to be looking forwards to. But there is a lot more brewing: there are fifteen unannounced games in development right now at Slitherine, and four of these will be unveiled on May 11th at Home of Wargamers 2021 LIVE+”.

Slitherine will be showing off all their games that are scheduled for release in 2021. That includes the highly anticipated Warhammer 40,000: Battlesector and Starship Troopers: Terran Command, the long-awaited Distant Worlds 2, and much more. If it were for just these things, it would already be an action-packed event, but this is not all that is planned. More information will be revealed as the date approaches.