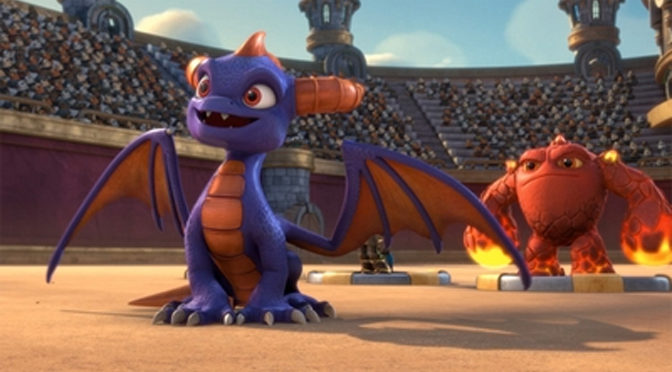 “With a huge and engaged global fan base, the $3 billion Skylanders franchise was a natural fit for our first project,” said studio Co-President Nick van Dyk. “Partnering with Netflix means huge new audiences can meet the Skylanders, while giving millions of fans worldwide even more of the characters they love.”

In Skylanders Academy, as darkness begins to threaten peace in the Skylands, Master Eon is forced to assemble a ragtag group of heroes to protect the universe from evil-doers Kaos and the Doom Raiders. Using their unique blend of personalities and super powers, Spyro and his fellow Skylanders are called upon to set aside egos as they come together to maintain harmony and balance in the land.

Created by Toys For Bob, the Skylanders franchise has sold through more than 250 million toys since pioneering the toys-to-life category in 2011. Earlier this month Activision revealed the Skylanders Imaginators video game, which gives kids the power to create their very own Skylanders and bring them to life for the first time.

Sher and van Dyk are joined by Activision Blizzard CEO Bobby Kotick and Sander Schwartz, the Emmy award-winning producer of animated hits including “The Batman” and “The Aquabats! Super Show!” as the show’s executive producers. Skylanders Academy is animated by the internationally acclaimed TeamTO studio in France.

Activision Blizzard Studios launched last year to create original content based on the company’s extensive library of iconic and globally-recognized intellectual properties, which includes some of the most popular entertainment franchises in the world.