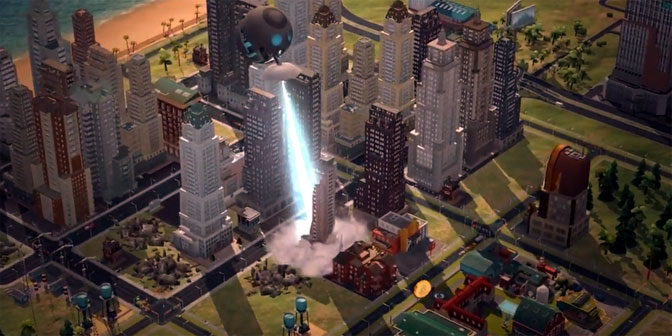 With Club Wars, players who are at level 18 or higher and part of a Mayor’s Club can declare war on other cities. Once the battle begins, teams can unleash crazy disasters on opponents — like the Disco Twister and Plant Monster — to damage the opposing city while watching the wreckage happen live. Cities will repair themselves after the battle, and winning cities will reap increased benefits of war, earning SimCash and other valuables to improve their city, or disaster cards which can be upgraded for more powerful attacks. Winning cities of course also earn bragging rights over other Mayor’s Clubs.