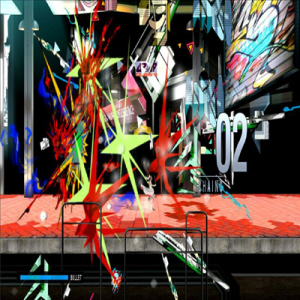 Short Peace includes four mesmerizing short films that possess unique visual artistry and masterful storylines that have resonated with audiences around the world. Possessions was nominated for a 2014 Academy Award for best Animated Short Film and tells the story of a lone traveler who is confronted by unusual spirits in an abandoned shrine. Combustible is a spectacular tale of love, honor and firefighting in ancient Japan. Gambo sets a mysterious white bear defending the royal family from a monstrous red demon. A Farewell to Arms tells the story of a tour-de-force saga of men battling robotic tanks in apocalyptic Tokyo.

As a companion to these spectacularly animated films, Ranko Tsukigime’s Longest Day offers to gamers an amazingly eccentric, psychedelic and heart-pounding game directed by the famed game producer Goichi Suda (Suda51) of Grasshopper Manufacture and developed by Crispy’s Inc. Ranko Tsukigime is an average high school girl by day and a deadly assassin by night who finds herself fighting for survival when an enemy organization emerges to threaten the lives of her and her friends. Players will put their reflexes and quick judgment to the test in fast-paced platforming gameplay that will have them blazing through dangerous, obstacle-ridden environments to flee from an ominous enemy looming close behind.