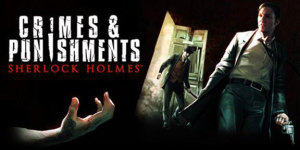 Crimes & Punishments, the new investigation game from Frogwares, today unveils a new gameplay video, presenting one of the many skills of Sherlock: the Art of Subversion! This new video is the second of a series of videos we will be releasing over the coming weeks until the release of the game on September 30 on PS4, PS3, Xbox One, Xbox 360 and PC.