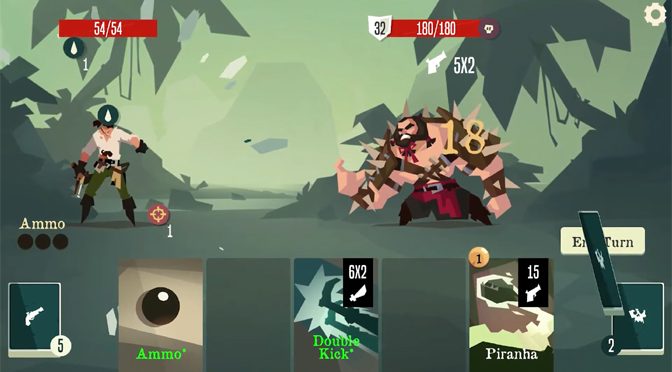 Independent game developer Fabled Game Studio today launches a rehauled version of its popular roguelike card game Pirates Outlaws on PC via Steam for $19.99 with a 25% discount in the first week of release.

Originally released to critical acclaim on iOS and Android, Pirates Outlaws is a roguelike card game where you build your deck and develop combos as you become the most notorious pirate to sail the seven seas. Choose from one of many playable heroes, with a range of different abilities, as you scour the seas to improve your deck from amongst 500+ cards and 150 relics while engaging in turn-based battles with all foes that stand in your way.

This PC release of Pirates Outlaws removes micro-transactions and features a fully completed Arena with decks and enemies from all six chapters – doubling the content available in the Early Access version. A new buccaneer has arrived to take up the chase! The new hero “Doctor”, with his ability to rise from the dead, will be available for players to conquer the high seas with. Another new addition is a tutorial to help recent recruits to better understand the mechanics of the game. All hands hoy! All loot and additions from the entire six chapters, including the most recent Fabled and Eastern Seas updates, will also be included.

Choose from two game modes: In Navigate, you sail from isle to isle on a procedurally generated map, conquering the seas as you battle outlaws and bosses while building the ultimate deck and refining your combat style. And then there’s the Arena, for players who prefer a greater challenge. Here you are thrown into an arena filled with enemies, armed only with your premade deck and relics, tasked with defeating unique champions as you aim to attain the 20 available trophies in order to unlock special upgrades and new skins.

Build your deck and amass your riches as you set sail in the most engaging deck builder of 2020. Charting your course through a procedurally-generated swashbuckling voyage has never been so captivating. Tactical use of your cards and loot are essential. Manage your ammo, armour and coins and sell unused cards in order to strengthen your deck. With its gorgeous art style and immersive gaming world, Pirates Outlaws stands out from the crowd but it isn’t for any old landlubber; only players with old-salt grit will be able to ride out the challenges of the treacherous high seas!

“After spending time in Early Access, updating with new exciting chapters, Pirates Outlaws is now ready, full of challenges and rewards galore. It is now one of the most immersive deck builders around!” said Nicolas Lavergne, Director of Fabled Game Studio. “We can’t wait for the players to enjoy everything Pirates Outlaws has to offer.”