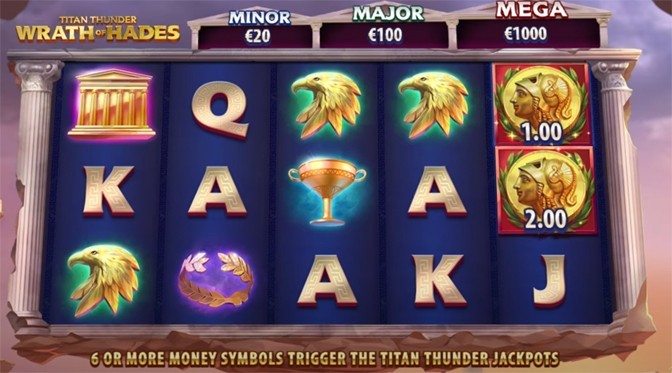 Launched in 2011 and acquired by Playtech, the world’s largest online gaming software supplier, in 2016, Quickspin has gained millions of loyal fans worldwide and its slots are prominently positioned in the world’s most successful online casinos, with new games, innovative features, stunning graphics, and top-notch audio for every kind of player to enjoy through 2021.

There were 13 games launched in 2020 that you will love playing into 2021. These games can be found on Quickspin casinos that can be played across a range of devices. The new games to be launched early in 2021 have maintained the company’s reputation for the best audio-visuals in the industry:

Nero’s Fortune is an ancient Roman-themed slot that has a dramatic sunset sky setting as the backdrop. With an RTP of 96.24 per cent, the game uses a Tumbling Reels feature which can lead to new wins which then repeats the until no new winning clusters are formed. The chances of winning big increase in the Flames of Nero feature as multipliers are added on every free spin.

With a Greek mythology theme, heavy metal sound and fantastic visuals, Hammer of Vulcan slot is a six-reel four-row game that features the developer’s usual high-class design. The RTP is 95.81 per cent and the game hugely volatile, with high risks potentially giving a maximum win at 20,347 x the total stake.

The cult Big Bad Wolf slot is fun and entertaining and with a high 97.34 per cent RTP rate is well worth playing. Two-thirds of the wins come from the base game with the remainder coming from the Free Spins feature. Winning combinations lead to the winning symbols swoop off the reels to be replaced by new ones, which means you can have consecutive wins.

Quickspin is due to launch new games in 2021, with more unique tailored content such as exclusives and titles targeted for particular markets.

A fun mashup of Lara Croft meets Jurassic Park, this game stars Anna from Ancient Egypt in higher potential territory. The game has an enjoyable B-movie feel, with good audio-visuals as expected from Quickspin.

With graphics made with the same 3D engine as Nero’s Fortune, this blockbuster release is an extremely volatile five-reel, five-row cluster game with clusters of five or more symbols, plus a max exposure of 20,000 x bet. The features include tumble mechanics, progressive Multipliers, a Free Spins Bonus, and a Bonus Buy feature.

Sinbad is inspired by Middle Eastern folk tales, and the superb graphics and animations are combined with exciting gameplay.  This is another five-reel, five-row slot with 40 bet lines. You can choose your own volatility among features that include stacked symbols and three different free spins bonuses.