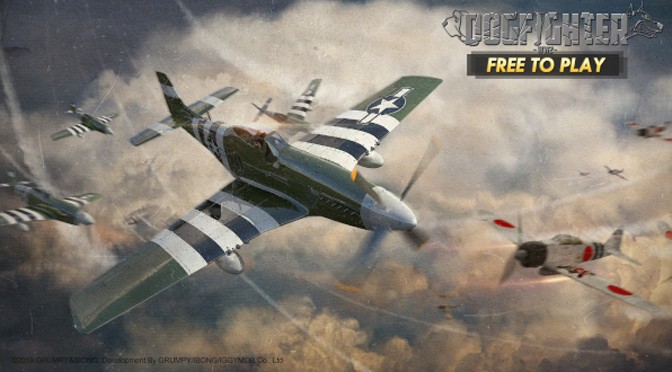 PlayStation 4 Exclusive DOGFIGHTER –WW2, the high-flying aerial Battle Royale will be released in North America this Fall. Developed by Grumpy, I-BONG and IGGYMOB, DOGFIGHTER – WW2- gives you the chance to take to the war torn skies of both the European and Pacific theaters of WW2 in a way you’ve never seen before.

The warplanes in DOGFIGHTER –WW2- are all authentic and replicated from their real-life World War 2 counterparts, and players will get experience dogfights in them via massive Battle Royals with up to 40 other players.

There will be two versions of the game available at launch: the Battle Royale mode of DOGFIGHTER –WW2- which will be free to play and the premium DLC campaign called “Into the Fire” which will provide a single story mode along with cinematic cutscenes.

The real dogfighting Battle Royale game DOGFIGHTER –WW2-, will be released this Fall, with more information about the packages that will be available coming soon.