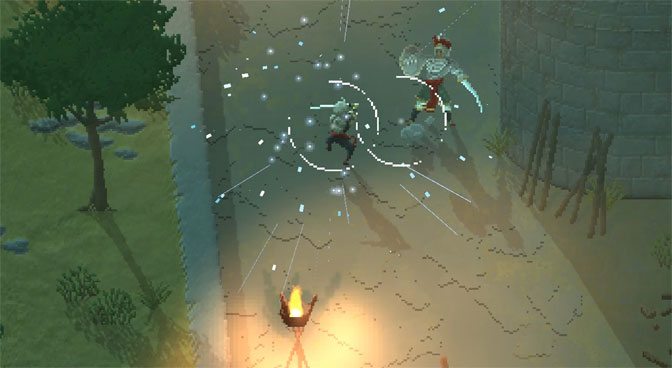 NEOWIZ has just announced that they’ve added Unsouled to their lineup of games coming out this year. Being developed by Megusta Game, Unsouled is a challenging ARPG with brutal and fast-paced gameplay displayed in stylish pixel graphics.

Unsouled tells the story of a prince from a collapsed empire that has the ability to absorb the souls of the dead and grow in power. The world is haunting and full of hordes of dangerous beings though, so it’s vital to chain together combos and counter enemy attacks if you want any chance of surviving. The battles are fast-paced and require great timing and skill to proceed in the game.

“As a fan of hardcore action games myself, Unsouled is the game that I’ve always dreamed of playing” said Jin Sub Jung, Head of Megusta Game. “I’m really looking forward to sharing it with everyone and hope they enjoy the stylish 2d action.”

Unsouled is set to launch on Steam in Q3 2021 and is also planning to release it on consoles later on.