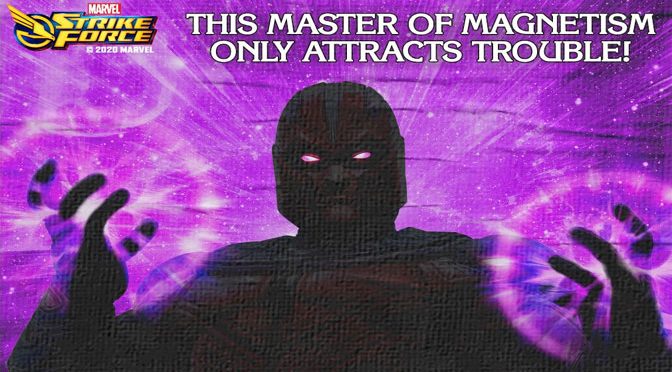 MARVEL Strike Force is rolling out a brand new crew of brawlers hailing from the X-Men and Iron Man series, along with an onslaught of updates to help existing characters level up and knock opponents out!

The newest playable members of S.T.R.I.K.E. include:

• Blob – Fred J. Dukes, a.k.a “Blob,” is also a member of the Brotherhood of Mutants with superhuman durability, strength and pain immunity. With his mucous-like exterior, he’s able to trap and expel objects with his own body mass, and control the gravity around his immediate area, making himself virtually immovable, even for the strongest of opponents. Blob assumes the Protector role on squads to apply Slow, crush foes with Area of Effect attacks, and utilizes Taunts when his allies’ health runs low.

• Ironheart – A teenage genius, Riri Williams reverse engineered an outdated version of Iron Man’s suit of armor and built her own suit using stolen materials from her M.I.T. campus. After successfully foiling a prison escape, Iron Man took Riri under his wing and she became the super hero “Ironheart.” On the Power Armor team, Ironheart is a Blaster who lights up enemies with explosive AoE attacks, Ability Block, Defense Down, and always gains an Assist from Iron Man on her Basic attack. 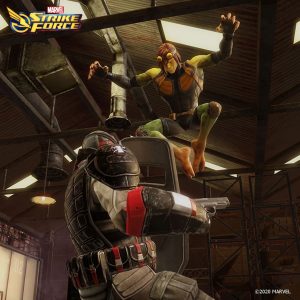 • Toad – Mortimer “Toad” Toynbee leaps into the game to join the Brotherhood of the Mutants. His superhuman frog legs allow him to jump into battle at the blink of an eye, and his prehensile tongue can crush enemies and excrete toxic adhesive to stick them to their deaths. Toad is a slippery Controller who lashes enemies with negative effects, clears their positive effects, and teams up with Blob for heavy synergy attacks.

Additionally, S.T.R.I.K.E. agents will now have access to a variety of new abilities for the characters listed below:

• Iron Man – Gains additional damage for each Power Armor ally on his team.
• War Machine – Increased base speed for faster movements.
• Magneto – Passively grants Resistance to Brotherhood allies, making them highly resistant to Taunt moves.
• Juggernaut – Fills the Speed Bar of all Protector allies in battle.
• Hydra Grenadier – Increased Health, Focus, and Resistance. His Basic ability now deals more damage, pierces more armor and applies Slow to targeted foes. Additionally, his Special deals more damage and double the attack!
• Hydra Rifle Trooper – Increased Health, Focus and Resistance and his special now deals Piercing damage. His Passive now grants additional damage to Hydra Minions and Red Skull.
• Hydra Sniper – Increased Focus, Resistance, Armor and Damage. His Basic can deal more Piercing damage and his Special grants Offense Up to himself and allies.
• Hydra Armored Guard – Increased Health, Armor, Focus and Resistance. His Basic attack now applies Assist Now to Hydra Rifle Trooper allies. Additionally his Special now Heals additional health per Debuff removed.
• Hydra Scientist – Increased Armor, Focus, and Resistance. His basic applies Heal Block if Red Skull is an ally on his squad. His Special’s energy cost has been reduced by half and has a stronger heal and applies Deflect. Passively gain more Health to self and ally Hydra Minions and Red Skull, and Passively apply Regen and Buffs to the most injured Hydra allies. On War Defense, when enemies fall below half Health, apply Defense and Offense Down to that enemy.