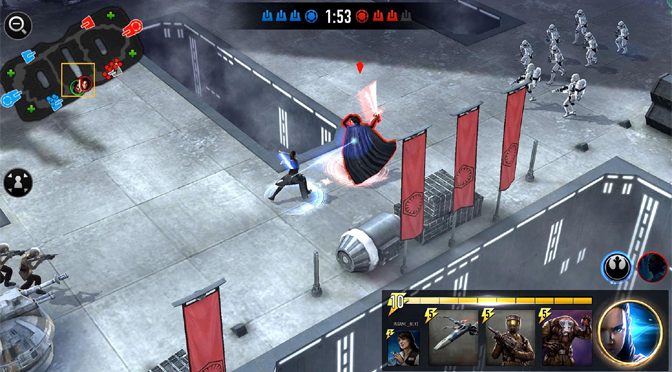 Today, Netmarble Games Corp., the fastest-growing mobile game company worldwide, and Lucasfilm announce the release of a new update to Star Wars: Force Arena featuring characters and content from the Last Jedi. Returning from his self-isolation on Ahch-To, Luke Skywalker is joining the Star Wars: Force Arena character roster along with the revived R2-D2, Supreme Leader Snoke, and the Elite Praetorian Guards.

The new update will also add the new “All Out War” arcade mode where players can face off against each other using 18 cards each. Players can experience the desolate, rust-colored planet, Crait, as depicted in the Star Wars: The Last Jedi, in “All Out War” as a new arcade mode map

Along with the new characters and game mode, the latest game update will also introduce a new in-game event – “Assault on Starkiller Base”. Players who succeed in their attack on the base will receive special rewards based on how many times they cleared the mission.

Star Wars: Force Arena boasts more than 80 playable in-game cards, including new faces from the recent movie release, Rogue One: A Star Wars Story. Star Wars: Force Arena is available on the iTunes App Store and Google Play. For more information on the game, visit the official website at www.StarWarsForceArena.com.