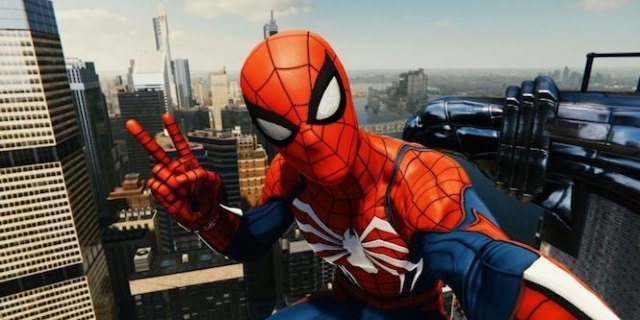 2019 has been a momentous year for Marvel fans. The release of the hotly anticipated Avengers: Endgame in April, followed by the latest Spider-Man instalment in July, marked the end of what is known as Phase 4 of the Marvel Cinematic Universe. The modern reboot of the comic franchise has been staggeringly successful since it started with the first Iron Man, back in 2008.

Since then, audiences have flocked to see the latest movie and watch the universe grow. As well as the familiar faces that we grew up with – Hulk, Spidey and Captain America – now some of the more obscure comic characters have also become household names. We’ve also met the ultimate super-villain in Thanos, the Mad Titan and destroyer of worlds.

True Marvel fans will know that the scope of the comics reaches even further than the MCU. X-Men, Deadpool, Jessica Jones, Men in Black, Blade and the Fantastic Four are all to be found in the pages of Marvel comics. It’s undeniable, however, that our current superhero-fever comes off the back of the success of the MCU.

It seems like we can’t get enough of superheroes these days, and this pantheon of weird, exhilarating and often hilarious characters are also no strangers to our computer and phone screens. Video games let you play the part of the superhero, so it’s no wonder that they are so popular.

Origins: How it all started

The Marvel characters have long been the inspiration for video game designers. In fact, the very first game from the comics was released for Atari way back in 1982, with Spider-Man as the star. Looking unbelievably primitive by today’s standards, Spidey makes his way up a building by slinging his web and defeating bad guys along the way.

Since then, barely a year has passed without one or more video games coming onto the market featuring our favourite superheroes. Titles were released to tie in with TV and movie releases, so prior to 2008 we see plenty of X-Men, Spidey and a bit of Hulk. As video game technology improved, more and more Marvel characters found their way into popular culture.

Today, all video games for the brand are published and marketed by Marvel Games, and now we can find Thor, Guardians of the Galaxy and The Avengers in the mix.

Branching out: Marvel at the casino

As with any popular movie franchise, it was only a matter of time before online slots games developers got in on the action. However, the relationship between Marvel and slot sites has not always been plain sailing.

The demand for Marvel-based online slots is undeniable, and has only grown since the arrival of the modern MCU. Players at slot sites UK and elsewhere are eager to partake in slot games that feature the images and stories of their favourite heroes. Branded games are often popular because of the familiarity of the subject matter, as well as the superior graphics and soundtrack.

A match made in heaven, one might think. The first software provider to start developing Marvel slot games was Cryptologic, and they produced around fifteen titles. However, the crown was handed to Playtech in 2009, and at the start it was a prolific partnership. The massive games developer had the means to create some seriously impressive games, and for a while Marvel games were one of the biggest draws for slot sites.

It wasn’t long before the deal started to look less promising, when Marvel was taken over by Disney. Due to the family image of the company, it was decided that no more slot games would be produced under license. Existing contracts were honoured, and Playtech went on making Marvel slots until 2017.

After Disney pulled the plug, Playtech decided to repurpose the software into new games and completely discontinue all their Marvel titles. That’s why you won’t find a single one of these old games, even at the best UK slot sites.

It’s not all bad news, though. The games created by Cryptologic can still be found at some slot sites – a resource like casinopilot.co.uk can help you to find the licensed slot sites UK that still hold them in their library. So, even though the Playtech games were pulled, you can still find slots with The Hulk, Iron Man, Thor, Captain America and more.

What’s next? The future of Marvel games

Marvel is a juggernaut that shows no sign of slowing down, but with a lull in movie releases until next year, perhaps it’s time for some new video games to fill the void. There’s still plenty to mine from the existing movies. We can see Doctor Strange providing some interesting graphics and storylines. And the world of Wakanda has yet to be explored in a video game. So, here’s hoping that Black Panther will come to a gaming console near you in the not too distant future.

We don’t yet know much about the next phase of the MCU, although there have been whispers of more characters, a Black Widow movie and Jane Foster raising Thor’s hammer. All these rumours bode well for video game fans who favour a female avatar – who wouldn’t love the chance to play as Natasha Romanoff?

One thought on “Marvel Video Games – a Brief History”