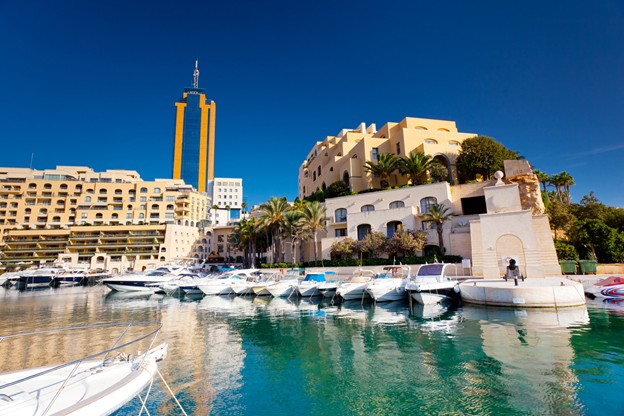 Malta is a small island country in the Mediterranean, and as such it has its charm. It’s part of Europe and the European Union, and – it’s very innovative. Since Malta is just a barren rock, as some people would call it, the country has decided to turn itself into a tourist hot spot and a digital pioneer. And it has largely succeeded, thanks to the iGaming sector.

Today, if you need to find a decent iGaming company in Europe, you will probably look to Malta first. This is understandable. The country has the Malta Gaming Authority (MGA), which provides gaming operators with gaming licenses.

Yes, the MGA has definitely brought in a lot of money for the country, and that’s a viable part of the economy. In fact, gaming brought in €66.3 million to Malta in 2017. Overall, gaming has brought the country €1.1 billion in total revenue. A respectable amount by all means.

As of today, most sites referred to as the “best casinos” operate under a Maltese gaming license. This begs the question, as more countries begin regulating their own markets, what will happen of Malta, or the status of the Maltese e-Gaming license, when all countries have their own licenses? Let’s look at some of the facts.

Legislation Are a Long-Winded Process

Yes, it may sound like a doomsday scenario, but Malta is probably going to stay at the forefront of the gaming licensing business for at least another decade. Bringing the necessary legislation to make things happen in Europe is a long-winded process.

Presently, the United Kingdom and Sweden are some of the larger markets which have their own regulators. Other countries are nowhere near as advanced with their legal frameworks so far as iGaming goes.

Just take a few examples. First, there is the Netherlands. The Netherlands’s regulator, the KSA, has been fining illegal operators, yet the country is not really at a point where it has launched its industry. Admittedly, the country is preparing to launch a fully-regulated industry around 2020/2021, but this will still take a while.

Germany is threatening to shut down all casinos that haven’t complied with a still non-existent framework. As it is, for many operators, the MGA license is the only real option.

When you are opening operators’ website, you will notice that most common regulatory insignia are those of the Spelinspektionen (Sweden), the UK Gambling Commission, and the MGA. There is a reason why no other company has got there – tough legislation.

In a word, the fear that things will change overnight for Malta is blown out of proportion. There are other reasons that back that claim as well.

Malta Remains a Hub for Innovation

Malta is embracing blockchain and crypto gambling, unlike other jurisdictions. This puts the country in a unique position to experiment and scout out the best practices. For example, Malta is already working on a specific cryptocurrency framework that would make it possible for crypto casinos and betting sites to get an official license.

Malta will be the first jurisdiction in the world to guarantee that everything is above-board and that crypto gambling can take place legally. Malta recently launched Phase 2 of its crypto gambling framework allowing operators to start applying for licenses. This particular move puts the country ahead of any other regulator. Specifically, Malta is creating a unified and secure network that would allow crypto casinos and betting sites to apply for a license as well as help boost player safety.

So, from the standpoint of innovation, Malta still remains one of the jurisdictions where blockchain is still one of the main spurs of growth and innovation. Companies keep flocking to Malta because of the country’s fairly welcoming stance on the technology.

The Underbelly of Maltese Gaming

Die Spiegel, a German news daily, has repeatedly pointed out that not everything is in the clear when it comes to Malta’s iGaming business. With 12% of the country’s GDP generated via the online gaming sector, it’s understandable why Malta could have a rather laxer approach to certain practices.

Die Spiegel cited the opinion of Bulgarian IT Expert Valery Atanasov who painted a rather grim picture of the regulatory framework. Mr. Atanasov used to work for the MGA but he later decided to leave. What he had to say for the newspaper was worrying though. According to Mr. Atanasov, well-connected gambling companies had nothing to worry about, least of all proper audits and checks of their products.

Based on the Bulgarian’s inside knowledge, the MGA had been allowing – referring to the time he worked at the organization – millions of operations without proper vetting to continue.

There is no end of the Maltese Gaming Industry in clear sight. The question is not whether Malta will survive after gaming but whether the country can meet the standards of national regulators such as the Spelinspektionen and the UKGC, and stay on top of the game.