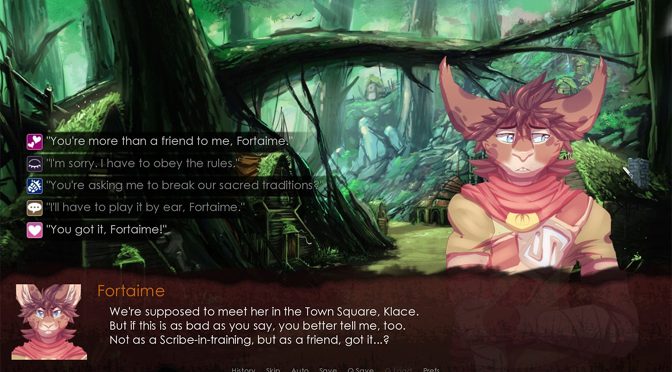 Hey all I’m back with another visual novel I’m reviewing. It’s Winds of Change!

Plot/Gameplay: This is a fairly standard Fantasy story, although I feel like I might have been missing various clues from past stories. That’s just a feeling I have though, and while I somewhat enjoyed the story it wasn’t really all that great for me. Sure Winds of Change has plenty of political gambits and intrigue, and a fairly dark story. But I have a really hard time taking everything seriously when every character is a Furry. 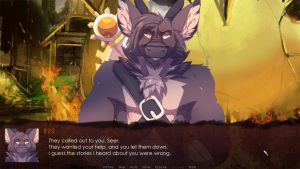 I’m not a hater of the genre, but I personally have no interest in it myself as I find the genre to be more comedic than anything else. This might be a result of me playing Sonic games in my youth though. The concept of taking Furries and putting them in a serious story is interesting, but may not play to everyone. It’s hard to get past the cute artwork.

Personally, I had a hard time reconciling what I viewed as a more comedic genre with such a dark story. Honestly the emotional and mental whiplash from that particular point led me to trying to get as fast through the story as possible. Again this is more of my own personal faults leading me to view Winds of Change in less than a favorable light and should be taken with a grain of salt.

Characters: We get our standard set of characters for a fantasy story, from somewhat noble pirates and thieves to the self-righteous zealots who believe in the current system of rule. Again due to this being a story where everyone is a furry I had serious trouble taking things seriously. And finally there were hints of backstories that just aren’t present for some major characters that I’m feeling like I’m missing out on. 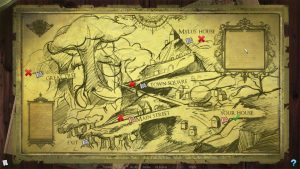 Art: The art is fairly good, it’s nothing absolutely amazing like some Visual Novels I’ve seen, but given how small a studio Tall Tail seems to be, it was impressive.

Music: It fit the story, not much more can be said about it. The voice acting was okay, but frankly I’m used to Visual Novels being not voiced at all or being voiced in Japanese so it was a bit off putting to me. 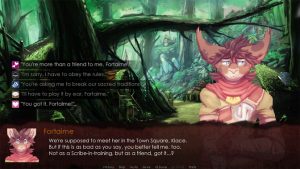 Overall: A solid visual novel, but I had a really hard time taking anything seriously even with the rather serious nature of the plot. I blame Sonic for this though, and it’s nothing against the Furry genre or Winds of Change in particular.

For those who like: Visual Novels, Furries, Political Gambits and Intrigue.