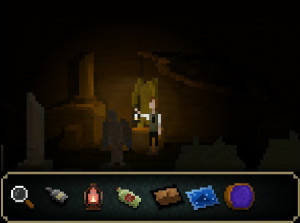 The Game Kitchen announces availability of beta version of “The Playwright”, fifth chapter and
second season premiere of The Last Door.

Prior to the official and final launch of the new season premiere, the spanish indie studio has released its beta version to be reviewed first by their premium community members as well as to encourage them in collaborating to shape the new episode’s final touches.

Spain – October 10th, 2014. The Game Kitchen officially announces the imminent launch of the fifth episode, and second season premiere, of “The Last Door” saga titled as “The Playwright”. The final version release of the new and long-awaited episode has been scheduled on next October 31st.

Before that, the indie studio has released today a beta version available for its premium community members in order to allow them test the game, provide feedback and to collaborate in shaping the game into its final form. As usual, the beta version of Chapter Five, doesn’t include the beginning nor the end of the episode, but everything else will be there for the community to enjoy and uncover the long awaited continuation of “The Last Door” story.

In order to access the beta, you have to be a premium member, which is easy to become by just contributing with 15€. Additionally to early access to beta versions, Premium members also get full rights to access all the present and future episodes of the saga and many other benefits such as: downloading of the complete OST of the series, chapters download, exclusive contents, discounts on “The Last Door Collector’s Edition”, etc.

After the good reception showed by the community of the Leave your mark* initiative in the previous chapters, the spanish studio maintains this idea, and in this new chapter, the community will be able to come up with new descriptions for many in-game objects.

*The “Leave your mark” initiative consists in a collaborative dynamic where supporters can submit a description proposal for some objects that have been intentionally left undescribed within the game. The best ones, with take part in the final release of the game and the authors will be recognised in the final credits

Again, this fifth episode features the disturbing and exceptional soundtrack composed by the great composer Carlos Viola who has done, in his own words, “an extraordinary effort to maintain the character and unique atmosphere of his score”. According to the team: “This new chapter is a challenging step forward in many senses, since it has been developed with a completely new tool: Unity”. “Thus, many enhancements can be expected” adds Mauricio García, Project Manager of “The Last Door”

As soon as the new chapter is online and running on October, 31st, The Game Kitchen will start their crowdfunding campaign to start building the next episode: Chapter Six. All donations will be welcome to help this small studio to go on with their fantastic job.

What is “The Last Door”?

The Last Door has a unique style based on the combination of exaggerated pixelart graphics and an exquisite soundtrack with which players can recreate a richly detailed universe using only their own imagination. It is an incredibly immersive psychological horror point-and-click adventure game with an intriguing story.