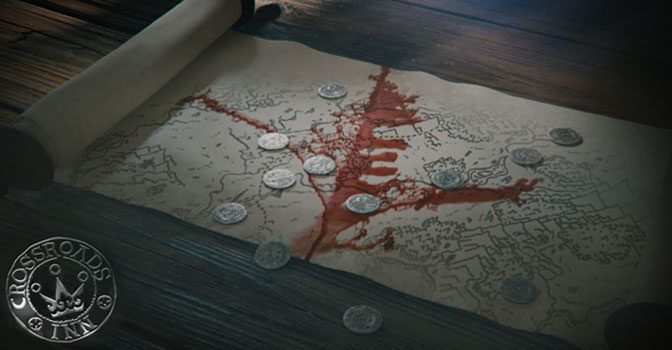 Kraken Unleashed Games, a division of Klabater, is proud to announce its epic mix of a fantasy management sim and a role-playing game, Crossroads Inn.

Crossroads Inn is a real-time management sim set in an original fantasy world of Delcrys. Build your very own tavern, hire and oversee staff, manage your supply chain, create new recipes, and offer your cuisine to nobles, adventurers, and road agents alike. But for you this is only the beginning, as the kingdom is in turmoil and your inn will soon attract the attention of important political and military figures, desperately holding to the reins of power…

”Crossroads Inn is a very ambitious project which takes the usual gameplay of a management sim to an unprecedented level.” said Patryk Pietraszkiewicz, Studio Head of The Kraken Unleashed Games. ”Usually, the management sims limit the player to a one particular location, be it a hospital or a city. In our game, it is all about acting locally while thinking globally. You start off just managing your tavern, but your simple everyday decisions and how you treat your important guests will affect different parts of the realm and you will become a player in a very dangerous game.”

Dare to change your fate in an epic campaign filled with hearty food, unsavory characters, and a dash of political intrigue. Armed with only your wit, your kitchen’s grub, and the best beer in the land you will defy destiny. Be smart, be resourceful, and plan ten moves ahead to become the most renowned innkeeper in the realm, and one day you will rise above your station and those who once jeered will look at you in wonder.

Or maybe you don’t have such lofty ambitions and prefer to lose yourself in an endless sandbox mode, where you’ll be able to test new recipes and focus more on running a successful inn rather than political intrigue and the race for power? The choice is yours!

”Klabater originally started as the indie-focused publishing brand that grew out from the distribution arm of the now famous CD Projekt. Naturally, passion for good fantasy is an important part of our heritage, so our first self-developed game had to be a medieval-inspired story with role-playing elements.” said Michal Gembicki, CEO of Klabater. „What is fresh and exciting for us, is the highly addictive management aspect of the game, especially when intertwined with the political consequences of your actions. Our talented team from The Kraken Unleashed Games really rose to the challenge here.”