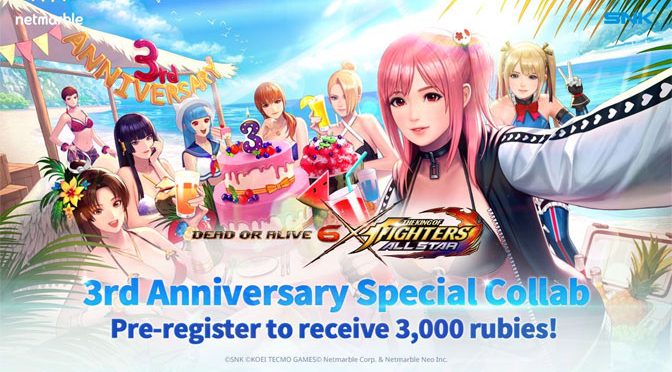 To celebrate the third anniversary of the initial launch of Netmarble’s popular mobile action role-playing game (RPG) THE KING OF FIGHTERS ALLSTAR, the company is proud to announce its latest and greatest collaboration with DEAD OR ALIVE 6, the latest in the DEAD OR ALIVE fighting game franchise published by KOEI TEMCO. 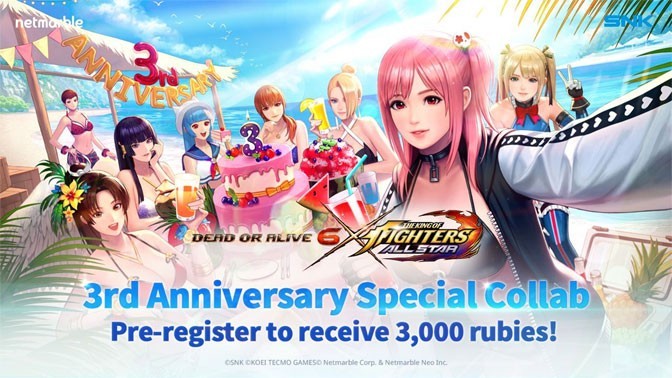 THE KING OF FIGHTERS ALLSTAR boasts fast-paced fighting action as players battle through waves of enemies, giant bosses, and rival fighter teams. The excitement is paired with cutting edge graphics, bold colors, and lightning-fast animations. In addition, this game features all of KOF’s classic fighters from ’94 to XIV, with more than 130 fighters available to collect, along with more to come with seasonal events, collaborations with popular IP such as TEKKEN 7, SAMURAI SHODOWN, Seven Knights, and more.

THE KING OF FIGHTERS ALLSTAR is available to download on Google Play and the App Store in more than 175 countries and comes with support for English, Taiwanese, Indonesian, Thai, Spanish, Italian, French, Portuguese, Russian, and German languages.