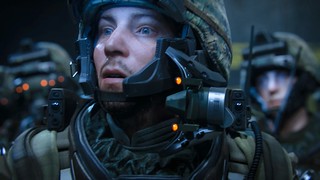 The gaming world is full of contrasting opinions: is the Xbox better than the PlayStation, was Mario more interesting than Sonic, is Lara Croft actually attractive? All these issues are what make the community such a vibrant and entertaining place, but one of the most important questions developers have to answer is: how often should you release a new game?

Back in the old days when most games were one-offs, the idea of timing another release in the series wasn’t relevant. However, today there are plenty of successful franchises out there and each one seems to take a slightly different approach to the issue of timing. Now, it’s important to stress that there are no right and wrong answers here, but we can look at two major gaming series and weigh up the pros and cons. 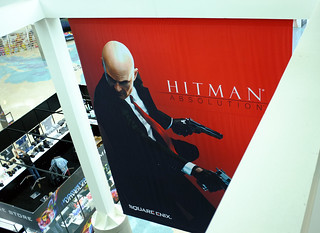 Call of Duty (CoD) and Hitman are two hugely successful franchises, but each has different ideas on how to stay fresh. For the former, maintaining an annual release schedule is the way to stay relevant and give players what they want. For the latter, periodic releases with very few set patterns maintains an element of surprise that players enjoy. In fact, according to GameSpew, the answer to how Hitman’s episodic release kept the series fresh is down to its detail.

By taking more time to develop highly detailed maps and environments, the team at IO Interactive has given players a “freedom of choice” that few of its peers can match. Indeed, by constructing elaborate worlds, players have more opportunities to explore and enjoy their own experience rather than being funneled through a set route.

In contrast, CoD’s decision to roll out a new adventure on an annual basis appears to have frustrated some players. Far from offering them improved new worlds to explore, players have taken to various forums to criticize the restrictions on features and sanitization of the games. For example, in one reddit post titled “anyone else feel like they’re getting worse,” the original poster argued that his Kill Death Ratio (KDR) was dropping unfairly.

It’s All About the Money and the Masses 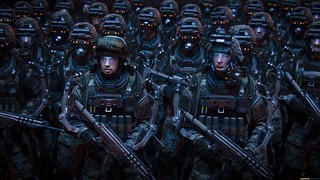 Despite some resistance from his peers, other players did seem to agree CoD does appear to be changing for the worse if you’re a serious player.

“To be honest, Christmas newbies scare me. I’m worried they would just camp in corners and make the game last longer than usual,” wrote xtboy.

What seems to be the issue here, however, is CoD’s need to appeal to the masses. Activision announced record Q3 profits of $1.57 billion in 2016 which certainly shows that the company is doing something right. In fact, when you consider that the CoD franchise has made more than $10 billion, it’s fair to say that the franchise (and its release strategy) has been a success.

However, once a company builds this level of popularity and financial strength it can’t be seen to slip. Unfortunately, there are only so many hardcore gamers in the world and when you’ve already won their loyalty, you need to tap into the casual gaming market. Because CoD needs to keep hitting annual sales targets, certain elements of the game have had to be toned down so that newbies can enjoy some success and come back for more.

Preaching to the Converted

While this may not sit well with serious gamers, it’s a necessary evil if the franchise is going to continue churning out games on an annual basis. In contrast, Hitman doesn’t have the same pressure. Because it works on an episodic basis, it has much more freedom to create games that appeal to its core demographic.

Naturally, this results in fewer sales (reddit users estimate 156,000 but developers reported they are “happy” with sales), but it also helps maintain a “purer” gaming experience. Essentially, this is where the debate lies. Much like two cult TV shows, one that becomes a mainstream hit and one that stays underground, certain things have to change. If CoD wants to stay in the limelight it has to appeal to the masses and if Hitman wants to maintain its hardcore status then it can’t churn out game after game.

Which approach is correct? At the end of the day it’s a matter of preference and necessity. Fortunately, as gamers we can have the luxury of choice and enjoy whatever we want, whenever we want.