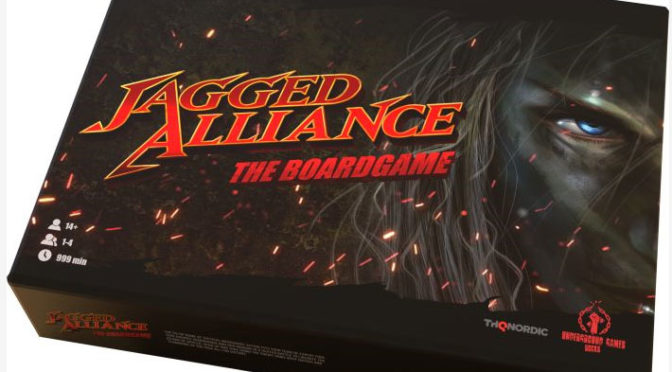 In co-operation with THQ Nordic, German game developer Underground Games announced a new board game set in the fan-famed Jagged Alliance universe to be launched on Kickstarter today.

The game transforms the beloved mercenary characters and challenging gameplay of the original series into a 1-4 player co-operative tactical game with over 555 minutes of campaign gameplay with the merc team fighting to free the nation of Arulco from its dictator’s cruel regime. Players can progress through the campaign, gain experience levels and new weapons and gear, train militia and go on extra missions to further their cause. Facing the classic redshirt army of Deidranna as well as various enemy troops, players will need to take tactical risks at every corner and coordinate well in order to reach their objectives. 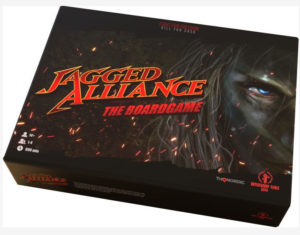 “Making Jagged Alliance into a board game experience has been an ambition of ours since we first played the series over two decades ago. To finally bring JA to board games and add to its great legacy, is a unique opportunity for us!” says Jan Wagner, Co-founder of Underground Games. “We aim to make a game that is as challenging and varied as the digital version, keeping players on the edge as they make life and death decisions by the minute.”

“Many of us have been long standing fans of Jagged Alliance and when we saw the great concept for this game, partnering with Underground Games was an easy choice. They really understand the heart of the franchise and have made a game that will truly have you on the edge of your seat!” added Klemens Kreuzer, Managing Director at THQ Nordic.