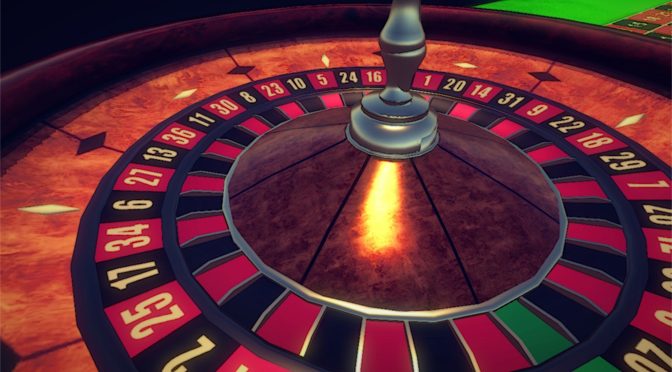 Traditional casino table games have a big problem when it comes to attracting the younger audience that is used to elaborate video games, fun mobile games, and recently blockchain gaming. Games like roulette and blackjack are simply not exciting enough.

But it just might be the case that Evolution Gaming, with their Lightning Roulette, with its win multipliers and actual correct strategy that can be used, could appeal to millennials. Let’s explain why.

Lightning Roulette isn’t a boring game by any means, as it’s a live dealer game in which you watch a video stream of a real dealer putting a real ball into play – on a real roulette wheel. You place your bets using the computer console in real time, so this is in fact an augmented reality game.

But what really stands out in this game are the win multipliers.

Multipliers only apply to a straight-up bet, which is a bet on any single number from 0 to 36. The rest of the game is the same as the usual European Roulette, but on straight-up bets, this Evolution game really shines.

On every spin, up to five randomly selected numbers (out of 37) will be assigned win multipliers that can be 50x, 100x, 200x, 300x, 400x or 500x. This feature is named Lucky Numbers. You don’t know which numbers will get a multiplier before you place your bet, but do see it before the spin. That way you know if your number has a multiplier – and if it does, the only thing that remains is for the ball to land in that pocket!

This adds greatly to the excitement of the game, and might even be a reason why a player would want to bet on a straight-up number, which is something that a lot of roulette players avoid as they stick to even-money bets such as Red/Black.

If we know the payouts and the win multipliers, there must be a correct strategy that can be used to make the most out of this game, right? Right.

Alternatively, the straight-up bets can be used to a lesser degree, as a side bet while you’re betting on Red/Black or the like. This won’t produce as many wins, but when it does, it will be a very thrilling win. This basically means you combine two games into one – playing even-money bets and then keeping an eye out for that win multiplier.

Why play live dealer roulette in the first place?

Lightning Roulette is obviously the most modern rendition of roulette. Or at least the most modern type. It’s something on top of the standard roulette game, and it’s an online live dealer type of game – which is the best way to play roulette. Why, you ask?

Simply put, automated computer roulette, called RNG (random number generator) roulette doesn’t thrill anyone. The algorithm chooses a random number where the ball will land, and that’s it. There is no resemblance to the real game.

The real game, on the other hand, always carries the risk of the wheel being rigged somehow. You also have to physically be there (and get a seat!), which is a lot to ask in these trying times of social distancing.

Live dealer roulette is simply superior in all aspects, and the games are independently audited to ensure their fairness. There’s nothing better for a roulette player.

What is Evolution Gaming?

Evolution Gaming is the market leader in the aforementioned live dealer software. They supply games to online casinos that have a Live Casino section, and are constantly innovating by releasing new fun games – such as Lightning Roulette – or by upgrading their older games with new features.

This is also the most reliable software provider out there. The portfolio of games includes not only roulette, blackjack, baccarat, craps and other traditional games, but also entertainment games such as Deal or No Deal, Gonzo’s Treasure Hunt, Crazy Time, Monopoly Dream Catcher and many more.