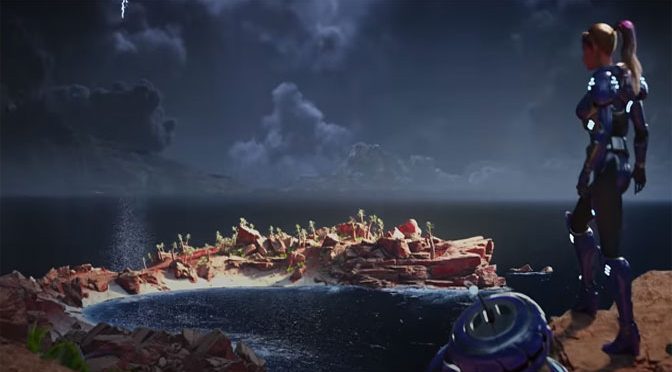 Over the past few years, online gaming has expanded significantly. From the rise of major international events to the emergence of streamers, the industry has been showcasing its potential. More recently, blockchain games have become one of the main novelties in the market. One of the best examples of this is the upcoming game, Illuvium.

Illuvium is an upcoming game that allows users to create their own characters. It offers a unique opportunity to collect, exchange, and win rare items. The title results from a combination of genres such as role-playing, action games and digital pet simulation. In the game, players must collect Illuvials, mystical creatures with special powers. However, these digital assets aren’t just game characters, they are actually non-fungible tokens (NFTs) that can be sold or traded using cryptocurrencies. Based on the Ethereum protocol, the game has a native currency: the ILV.

Ever since the first NFT project was announced back in 2015, there have been several attempts to incorporate crypto into gaming. Some sectors within the gaming industry, such as online casinos, have successfully incorporated cryptocurrencies into their business model. These casinos allow gamblers to use several popular cryptocurrencies to deposit, wager, and withdraw their winnings. In fact, crypto gambling has emerged as the next big step for the industry, with some of the most prominent online casinos, such as Stake Casino, 22BET Casino and Oshi Casino, accepting Bitcoin, Ethereum, Bytether, Litecoin, or Dogecoin. Users interested in getting a more comprehensive view of what casinos accept cryptocurrencies can access casino guides on the best offers out there across different countries and regions. On the other hand, game developers are still trying to understand how to replicate this success and apply it to triple A games.

In order to change the current perception of crypto-based games, Illuvium will incorporate several innovative features, including the Play-to-earn concept, where players are remunerated while playing; a native software to the Ethereum blockchain technology, with a standard ERC-20 format; and its own cryptocurrency, the ILV. Since the game was announced, its cryptocurrency (ILV) has already attracted plenty of attention. According to CoinMarketCap, the cryptocurrency reached over $500 in April 2022, a price 700% higher than the $62 it was worth in April 2021.

One of the most innovative aspects of Illuvium is that it employs a groundbreaking approach to NFT-based games. Instead of asking players to make an initial purchase or investment, as required in Axie Infinity, developers have made it free for players to join the game. Considering that crypto-based games rely on new players to solidify the price of digital coins, allowing players to join for free could not only help maintain the financial stability of the business model but also help boost the game’s popularity.

Illuvium will feature over 100 Illuvials. Each of these deadly beasts will have unique abilities related to elements such as earth, water, fire, and air. The creatures can evolve to up to three levels, with more advanced monsters being scattered around some of the most dangerous regions on the map. As players progress in the game, they will come across rarer Illuvials that are not only more valuable but also will resist being captured.

Once Illuvials have been captured, players will get to decide whether they want to upgrade them, making them more powerful, or if they want to sell them on IlluviDEX, the game’s official marketplace. In fact, using this online store players can sell and acquire all types of NFTs, including cosplays and digital land plots. Additionally, players will also be able to generate revenue by winning battles against other users. They can do this by collecting powerful Illuvials and upping their skills.

Illuvium still doesn’t have an official release date, but it should be arriving on PC and Mac later this year. Players interested in getting a peek of the action before the release can register for the beta test, Illuvium’s first public-facing beta.