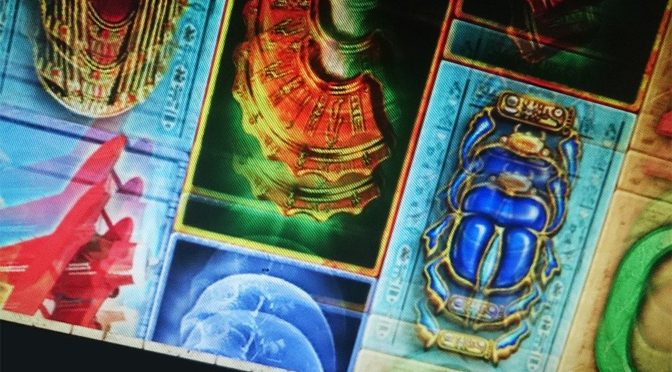 Make no mistake about it, the iGaming industry’s video slots are becoming more defined and immersive than ever before. With high-definition visuals and audio, the latest releases are more akin to classic console games than conventional slot cabinet screens.

With growing calls for cabinet-style games that have been at risk of extinction for years, White Orchid is one of the leading advocates of this style of play. The vintage look and feel of their slots creates a very serene gaming atmosphere, with blue skies and hot-pink flowers adorning the reels all around.

However, the slot action gets far more high-octane when you consider the number of active paylines you can unlock on the reels. A conventional base game spin will put 40 paylines in play for a 0.40 credit spin. For an additional 0.40 credits, it’s possible to play with 1,024 paylines, amplifying those winning opportunities to the max.

To understand how the action unfolds on the reels of White Orchid, let’s take a peek at the base game symbols. They start with the low-value playing card symbols from Jack through to Ace. That’s followed closely by natural insects and animals, including butterflies, leopards, frogs, and the male and female protagonists in this slot.

There is also a wild symbol, which is the branded White Orchid logo icon. The wild can substitute for any other base game symbol to enhance winning paylines, except the scatter. The wild can also only appear on the second, third, fourth, and fifth reels. The white orchid flower is the scatter. Somewhat surprisingly, it isn’t your key to triggering the main White Falls Free Spins feature – more on that shortly.

The most lucrative base game symbol is the female protagonist, who is worth 500x jackpots for landing five on a payline.

Unlike most conventional video slot games, White Orchid’s White Falls Free Spins bonus is activated by the wild symbol instead of the scatter symbol. To win re-spins, you will need to lock in at least two or more orchid wilds on the center reel. Landing two, three, or four orchid wilds will grant you the following number of free spins:

It’s also possible to re-trigger the White Falls Free Spins feature during any free spin, by landing at least two more orchid wilds on the middle reel. In total, the feature can give you up to 150 free spins during the same bonus run.

According to Casino Smash, the return to player (RTP) percentage for IGT’s White Orchid slot machines is 95.03%. The RTP percentage outlines the variance of the slot game. In this case, for every $100 wagered, you would be statistically expected to receive $95.03 in return. This places White Orchid in the medium volatility slot category. However, the fact that you only need two wilds to trigger the Free Spins bonus feature means you’ll never be too far away from unlocking some re-spin action.

International Game Technology (IGT) is a name that’s synonymous worldwide with casino gaming. Headquartered in Nevada, the home to Las Vegas, IGT has specialized in the design and production of land-based casino slots for decades. Its slot cabinets are located up and down the Las Vegas Strip and many more of the world’s casino hubs.

IGT’s casino slots translate seamlessly to the iGaming scene too, as White Orchid testifies. IGT has been associated with some of the biggest slot titles in popular culture, including many from the world of Hollywood. Exclusive titles based on The Hangover, Sex, and the City, Ghostbusters, and Godzilla are all proudly available from the IGT portfolio.