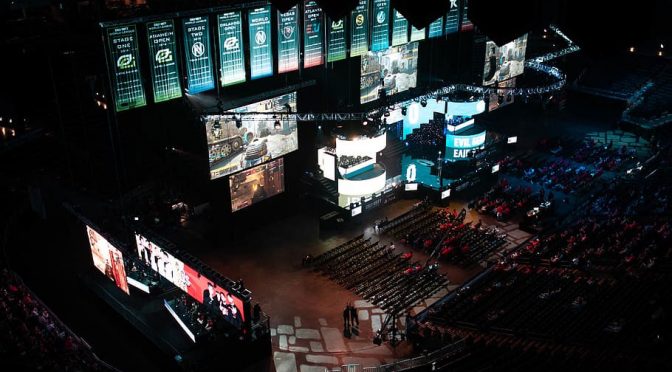 Esports has become one of the fastest growing industries with a booming global market. Over the years, it has recorded a tremendous increase in viewership, becoming one of the most sought-after online forms of entertainment. Esports not only offers a platform for game viewing but the community also provides a way for peers, friends and sports enthusiasts to connect with each other over their favourite games. With each passing decade, esports has achieved notable milestones that have contributed to its growth and made its future more promising.

The start of competitive video gaming

Now that the esports industry is reaching great heights year on year, games like Apex Legends, Fortnite, and Mortal Kombat 11, are just some of the best esports games for 2021. But to understand why these games are so popular today in competitive gaming, it’s useful to look back at how competitive gaming started. Esports traces its history back to 1972 when the Artificial Intelligence department at Stanford University organised the world’s first official video game tournament. Players participated in Spacewar; a space combat video game first developed in 1962. They contested against each other for the top prize of a one-year subscription to the Rolling Stones Magazine. Later in 1980, the video games competitions again hit the mainstream media when the Space Invaders Championship was held, attracting more than 10,000 participants. This tournament helped introduce competitive gaming to the public eye.

The 1990s saw the rise of the world wide web and the internet, which brought a new twist in video gaming. It was here that the popularity of PC games grew and companies started seeing this as a good investment opportunity. As a result, companies such as Blockbuster and Nintendo began sponsoring video game tournaments. In 1998, the popular Starcraft 2 PC tournament was held, attracting more than 5O million online viewers, with about 17 million of them coming from Twitch.

An expanding industry that continued to gain popularity

In the 2000s, esports gained even more momentum. It grew in popularity and there was a debut of several tournament hosts such as Electronic Sports World Cup, World Cyber Games and Major League Gaming (MLG). One reason why the esports industry has become so popular is the variety of games that professional gamers are playing in top tournaments. There are a variety of esports tournaments that take place today for first-person shooters (FPS), multiplayer online battle arena games (MOBA), fight games, and more.

There are many reasons why esports became a billion dollar industry, one of which being due to the esports revenue streams. In 2019, some of the top revenue streams that contributed to the industry were sponsorships, media rights, advertising, and merchandise and tickets. Today, the industry has become so popular for fans around the world that even major sports betting sites include options for betting on esports. Whether audiences are fans of Dota 2 or League of Legends, they can back their favourite teams and wager on the outcome of tournaments.

Popular video games that have a large following and dedicated community base help to boost the esports industry year on year. Each year professional gamers participate in tournaments to play these popular games for big prize money with millions of fans tuning in to watch. Among the hundreds of video games available in the industry, some of the most popular ones used in esports tournaments include Call of Duty: Modern Warfare, Overwatch, Rocket League, and Rainbow 6.

However, three popular games made it to the top of the list of with the biggest total prize pool in 2020:

League of Legends: With real-time strategy, role playing, and tower defense, this game is considered one of the best MOBA games that you can play. The game became so popular that Riot Games launched the League of Legends Championship Series in 2009 which attracted immediate attention. In 2020, the game gained $8m in total prize pool according to The Esports Observer.

Dota 2: Published in 2013 by Valve, this game is a MOBA video game that is quite popular in the esports circuit. Last year this game was the one with the second highest total prize pool in 2020 with $8.87m.

Counter-Strike: Global Offensive Although it debuted in 2012, CS:GO is still a popular FPS video game for tournaments. While it might be starting to show its age, it’s a highly competitive game in the industry. In 2020, it was the game with the highest total total prize pool for the year with $14.75m.