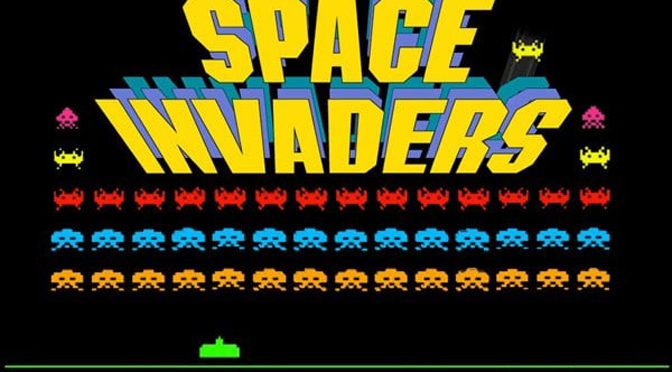 There is no denying that the world of Video Games Is one that generates big business, no matter what generation you have picked up a controller or joystick in, there have been numerous titles that have firmly etched themselves in the psyche of the modern-day game player.

From the humble beginnings of the Nintendo Entertainment System or Sega Megadrive through to the present where the super consoles of Sony’s PS4 and Microsoft XBox dominate the industry, the relatively short history of video games is littered with countless classics

These days the mega-franchises such as FIFA or Call of Duty top the sales charts on an annual basis, but the history of Video Games goes a long way further back than playing in a World Cup Final or in the theatre of war.

It’s not only consoles these days where digital gameplay takes place, with the emergence of online slot games you can play on a tablet or mobile or laptop.  Without the graphical developments in video games and gaming engines such as Unity and Flash, the world of online gaming would never of happened, we would be stuck with the XOX slot machines you see in seaside amusement arcades.

When looking at where it all began most people would think that it was the Mario vs Sonic rivalry in the late 80’s/early 90’s which lit the blue touch paper as far as the spike in popularity for gaming is concerned.

But before the lightning fast friendly hedgehog and the jovial Italian plumber burst onto the scene, there were a litany of classic titles which will have made an impact in arcades across the world before also then becoming a household success too.

When we look at games that have crossed over from the arcade to the home, one cannot look much further than that of Pong. The game based on the sport of Table Tennis was released by Atari in 1972 and was a huge success in the United States.

Just three years later that success would carry over to the home thanks to Atari’s decision to release a console with Pong built in. No longer was the need to spend money at the local gaming arcade, you could now play the two-dimensional tennis game in the comfort of your own home.

That decision paid off hugely for Atari, in 1975 no fewer than 150,000 units were sold in the run up to Christmas as the Pong console become one of if not the most wanted present to be found under a youngster’s tree.

With the release and success of Pong, the thirst for all things technological would develop at an incredible pace. As the capability of graphics and gameplay developed then so did the range of games that were available.

Another of those to make its mark in both arcades and at home is that of Space Invaders. The game which sees you defend yourself from wave after wave of alien attack was first released by Midway back in 1978.

This game has been a staple of consoles over the past four decades, it was first ported to the Atari 2600 and was one of the platform’s most popular titles ever. As the years progressed it has also found its way on hardware made by either Sony or Nintendo. 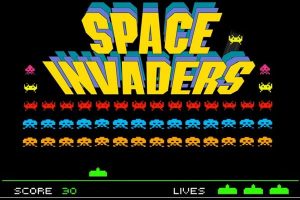 Space Invaders has an incredible legacy that almost transcends that of video games, if you ask anyone from the 1980’s what was their defining memory of their time spent in arcade, this more often than not would be the answer.

Another title which had many a quarter spent on it over the years was that of Paperboy. Here the task was to deliver your paper round while avoiding plenty of obstacles that were littered along the way.

The game which was released in 1985 was another hit for Atari with queues forming in arcades in an attempt to be the next person to conquer one of the trickiest paper rounds known to man, in addition to this it was also ported to a range of different platforms.

The wave of home computers that were released in the 1980’s meant that is was a highly competitive marketplace as the likes of Commodore, Amstrad and Spectrum vied for consumer attention.

One way to get that attention was by porting such top arcade titles as Paperboy, the three aforementioned makers all saw the BMX whizz on their computers in the second half of the 1980’s.

Nintendo’s jewel in the arcade crown has to be Donkey Kong, this game which also gave birth to that of Mario sees the Italian play the role of potential hero as he is given the task of saving the Princess who has been captured by the game’s title character.

This game was launched in 1981 and has eventually made it way to more consoles or home computers then you could even imagine, does the Atari 8-Bit Computer or Famicom Disk System revive any memories from yesteryear? Perhaps not. 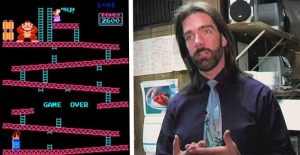 Not only has this game become a bedrock of home computing it has also played a key part in the 2007 documentary “King of Kong”. This film focuses on the battle to complete the game and also earn the world record high score.

The film focuses on two people in particular, the hero of the piece is Steve Wiebe who has to go up against the antagonist Billy Mitchell. The latter has a rich and varied history when it comes to arcade games and will do whatever it takes to cling onto the record.

Whether he does or not I will not mention on here as if you haven’t seen it then it is definitely worth checking out. Even if you are not necessarily a fan of all things Donkey Kong it is ultimately underpinned as a story of good vs evil and who doesn’t like to witness one of those?

As we now embrace all things multiplayer and the technological advances that Virtual Reality and 4K offer us, there is no doubting that we a world apart from where it all began. That said without these arcade successes that crossed over to the home it could have been a different world altogether.