Do the names Minecraft, Grand Theft Auto and Red Dead Redemption and other sets of games that borrow mechanics from online slot games give you the feisty jitters and rightfully strike your fanatical nerve? 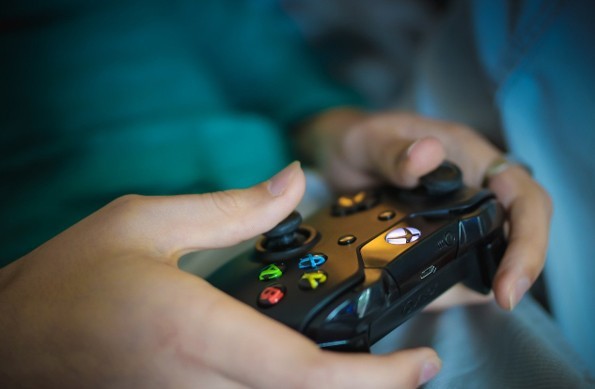 If yes, then congratulations, you are an ultra pro-level gamer, a video game fanatic, a person who devoted his entire leisure or maybe more shifted schedules and canceled events just to gaze at screens conquering over hypothetical lands and saving lives like a hero.

The word video game ricochets around your soul and remains fixated in your precious little heart. Well, it turns out gamers have their way of expressing passion.

The world used to lack passion and enthusiasm back in time. But then came along the rock and roll era of the 80s, and with them entered a phenomenal technique that promised to alter all your lives, and it successfully did. The video games were launched with prudential considerations as they had certain common features with the gambling systems, but soon they took the market by a blow. The video game industry lit instant sparks among teenagers. After that, the sparks continually transformed into the ignition, and soon the video game industry set the markets on fire through spiked up sales and extreme customer engagements.

As the sales spiked and augmented over the years, the video game industry underwent several changes in an attempt to hit the right strings with the current audience. The evolutions were aligned with the recent trends and preferences of the youth. And unlike any other commodity or trend that tends to fade away in sands of time, video games observed an inexplicable growth. And soon, they were not just another teenager past time. Instead, they evolved into an industry that withheld professional gamers who blogged their live streams, assisted people through gaming tips, and designed their gaming channels. It soon became a third world region solely inhabited for gamers, and that’s how video games significantly captured the laconic lifestyle and turned it into a gamer’s paradise.

Gambling: A Havoc In Gaming Paradise

A gamer’s heart is said to be a susceptible heart, a heart that evinces sentiments hovered between desperation, enthusiasm, and an undetectable passion. And that’s what thrusts them too close to dangers that prevail as gaming mechanisms.

Well, the gaming industry blooms altogether with adorning fighting games, enchanting sci-fi games, mind-boggling puzzle games, and enthralling horror genres. Still, these games do not always reflect the best demeanor. Its gaming idiosyncrasies only govern a gamer. Therefore when a gamer is brimming with passion, he or she is most likely to take risky moves and wrong turns all for the sake of victory because highly passionate gamers only eye the prize, and that’s what makes them vulnerable to the most peevishly detested social activity, the gambling.

The studies suggest that high profile video games possess uncanny similarities to gambling activities. This led to a survey of heavy gamers and light gamers; the gamers chosen were aged between 9 to 14. And to our utter dismay, the survey displayed some troubling consequences:

Though the entire concept of gambling isn’t flawed, it’s just math with twists and money at risk, but this game has infamously withered lives and looted people out of their fortunes. The key is moderation, of a player gambles for fun; it’s not mainstream gambling, rather its ritualistic gaming, but when we see people risking everything they possess, that’s a red signal that blatantly displays exceeded gambling addiction.

How The Convergence Of Gambling And Video Games Affects Gamers Altogether?

But doesn’t all of this sound similar? Isn’t this the same pattern on how video games tend to function. Players are provided with in-built assets, some of which they earn, and the others they steal through the lanes of struggles and fights and then in order to rise above his current level. Ultimately, they win high prizes or lose everything they assiduously built up. Both of the entities never teach a person the value of satiation, all they glorify is malevolent avarice, and that’s what’s lethal.

The convergence between video games and gambling is notable in the elements of online gambling or social casinos. A realm where the procedures of gaming are digitized through gaming graphics; hence video games, and gambling go hand in hand, they are not just clear enough to your attention, and that’s what sheds our gamers into the wrong light. The gamers are at threat to give in to gaming addictions as to them, it is just another game, with tripled up adrenaline rushes and real gems; what they fail to understand is the substance loss this extreme gaming activity will put them into.

Well, the gaming industry is grilled enough for the repercussions they cause. Still, when it comes to teen gamers who are visually potential gamblers, the parents should strictly regulate their gaming hours and monitor their activities. Moreover, the rest is up to the gaming industry to maintain a healthy gap between gambling games and teenager games so that there are lingering gambling threats around innocent teenagers.