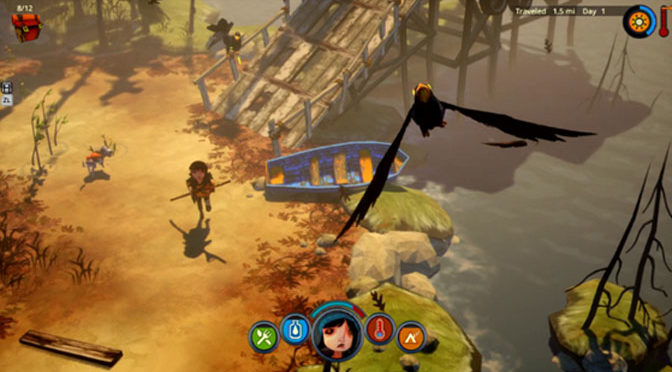 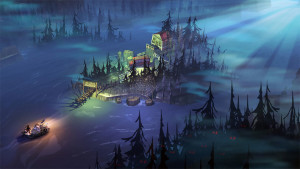 Independent developer, The Molasses Flood, and publisher, Curve Digital, are pleased to announce that The Flame In The Flood will sail onto the eShop for Nintendo Switch on October 12th. The Flame In The Flood is a bleak but beautiful rogue-lite set upon a treacherous, procedurally generated river. With the help of your trusty dog, Aesop, The Flame In The Flood tasks you to make the most of your surroundings by foraging, hunting and scavenging your way through nature and the remains of society. With an evocative, homespun art-style and lilting, original soundtrack by Chuck Ragan, survival has never been this enjoyable.

Check out the GiN Review of The Flame in the Flood.

“The natural rhythm of The Flame In The Flood—sailing from island to island, gathering resources and hunting wild animals—is a perfect fit for the Nintendo Switch,” said Forrest Dowling, Lead Designer of The Flame In The Flood. “Like Scout’s journey of survival, players will be able to shape their story wherever they see fit, be it on the couch, the bus, or even on a boat gently meandering down the Mississippi river.” 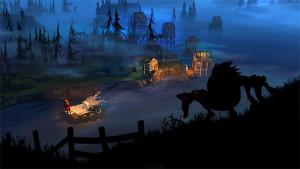 “Survival is a tough and draining affair. One lapse in concentration can cause death,” said Simon Byron, Publishing Director at Curve Digital. “That’s why we’re so excited about the Nintendo Switch version of The Flame In The Flood. With the portability of the console, players can survive in short bursts and maintain much needed dedication to the task of living.” 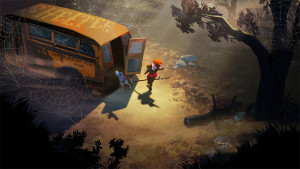 Drink in the delicate beauty of post-societal America before the perils of reality begin to bite. Wild animals, the natural elements and the great, winding river all pose unique threats in a game where survival is achieved through a mix of smarts and resourcefulness. Playing as intrepid wanderer, Scout, you must feed and clothe yourself from the land and whatever else you find along the way. Craft equipment and traps, upgrade your makeshift raft and brave the rapids, all set against the stark majesty of the game’s forgotten world.