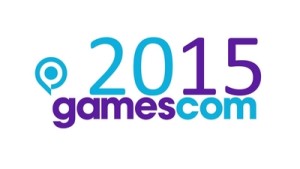 Gamescom 2015 had achieved a record result when its doors closed on 9 August. In total, 345,000 visitors from 96 countries attended the world’s largest event for computer and video games from 5 to 9 August 2015. Under this year’s motto, the Next Level of Entertainment, more gaming fans than ever before celebrated the world of digital games in Cologne and profited from an improved quality of stay thanks to the expanded floor space and a more efficient visitor flow management. The expansion of the supporting programme also provided added value for the guests from all over the globe. With the attendance of 33,200 trade visitors, gamescom registered over 5 percent growth and boasting a constant 52 percent share of foreign visitors, confirmed its position as the leading business platform for the European computer and video games industry.

806 companies (+14 percent) presented hundreds of novelties to trade visitors and gaming fans from all over the world on an expanded exhibition surface spanning 193,000 square metres (including the event level). The share of foreign exhibitors was almost 65 percent (2014: 62 percent). The spectacular presentations of novelties were more diversified than ever before: Besides exciting premieres of games for all platforms, new developments in the virtual reality areas and E-sports events were the focus of interest. In 2015, the business area was located in Halls 2, 3.2 and 4 for the first time, the entertainment area in Halls 5 to 10. The partner country of gamescom 2015 was the United Kingdom (UK). In spite of the revised accreditation guidelines, almost 6,000 media representatives from 58 countries travelled to Cologne and reported on gamescom over a period of five days.

Gerald Böse, President and Chief Executive Officer of Koelnmesse: “The signs for a successful gamescom were very positive and the results have definitely exceeded our expectations. The growth in the number of visitors and exhibitors and the expanded exhibition surface combined with the measures to improve the quality of the event are important components for the permanent and sustainable success of gamescom. We are very satisfied with gamescom 2015, because we were once again able to offer the trade visitors an international industry meeting place and gaming fans from all over the world a unique event.”

“Gamescom has reached the next level – it has not only experienced further growth this year in terms of the exhibition space and the numbers of trade and private visitors. Thanks to many new events and campaigns, it has also become even more diversified this year. It is a reflection of the increasing significance of computer and video games in our society,” commented Dr. Maximilian Schenk, Managing Director of BIU – the Federal Association of Interactive Entertainment Software, the conceptual sponsor of gamescom. “gamescom has impressively confirmed its exceptional position as the world’s largest event for computer and video games and Europe’s most important business platform this year.”

Gamescom congress on the road to success: The gamescom congress also continued on its road to success this year.
630 participants attended the conference. This corresponds to an increase of 40 percent in comparison to the previous year. On 6 August, more than 150 high-profile speakers discussed the influence of digital games on the economy, society, education and culture in over 40 panels and lectures. Katharina C. Hamma, Chief Operating Officer of Koelnmesse: “The gamescom congress has established itself a must-attend event also far beyond the scope of games industry within just a few years. It has asserted itself as a cross-industry networking platform, where the focus primarily lies on the influences of the computer and video games industry on other branches of the economy and mechanisms of society.”

Gamescom award 2015: Most successful title is Star Wars Battlefront On 7 August, the winners of the most coveted prizes of the European computer and video game industry were announced. In addition to the expert jury’s decision about the winners in the 17 jury categories in total as well as the best of gamescom award, the public prize, the “Most Wanted Consumer Award” was presented on the Let’s play meets gamescom stage. The winner of the evening was Star Wars Battlefront by Electronic Arts. In total, the Electronic Arts game was awarded prizes in four jury categories: the best of gamescom award, Best Console Game Sony Playstation, Best PC Game and Best Online Multiplayer Game. Electronic Arts was additionally at the top of the list of the public’s favourites and also secured itself the Most Wanted Consumer Award with Star Wars Battlefront. Further information and all winners can be found here: http://www.gamescom-cologne.com//gamescom/Press/press-releases/index.php

Gamescom, a successful concept: GDC Europe and gamescom city festival Traditionally, the games week kicked off on Monday, 3 August with the developers’ conference, GDC Europe and finished on Sunday, 9 August with the evening concerts at the gamescom city festival, which once again attracted an additional 150,000 visitors to the squares and streets of the Cathedral city. As such, the seventh gamescom once again offered all target groups a tailor-made offer and turned gamescom into a unique experience for many people. The gamescom campus, the cosplay village, family & friends, numerous stages in the exhibition halls as well as many additional outdoor activities beyond the exhibition stands rounded off gamescom 2015 in Cologne and ensured a high level of entertainment.