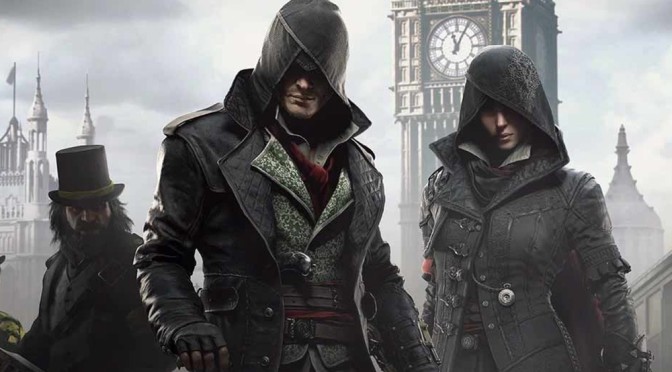 Set in a seedy London, at the birth of the industrial age, the trailer introduces us to the twin protagonists, Evie and Jacob Fry. It’s got everything you expect of an Assassin’s Creed trailer – emotive pop song, played over stunning visuals, with lots of blades to the throat and rooftop shenanigans.

The graphics look the sharpest and most detailed the Assassin’s series has ever seen, plus we get horse-drawn carriages and trains for added excitement. Check it out.

Assassin’s Creed Syndicate is released on 23 October 2015, on Playstation 4, Xbox One and PC.