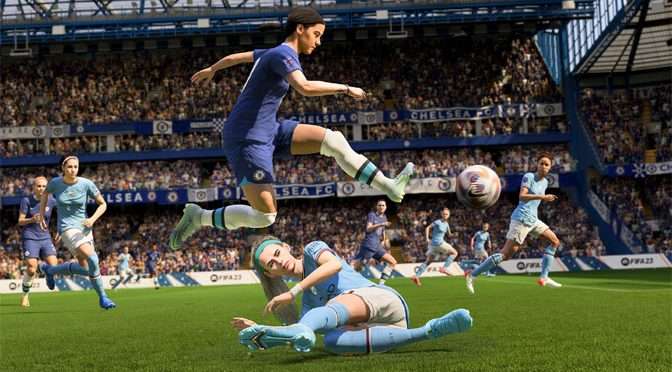 The time has finally come. The latest instalment of FIFA has included a female footballer on the front of their game. This is the first time it has happened and will more than likely set a trend for future instalments of the game.

It has generally been accepted by many as being a superb approach by the company yet still faced backlash from some backwards thoughts. So, was it the right thing?

Who has appeared on the front cover?

The FIFA series has had some of the most famous footballers in history appear on the front cover of their game and there have been many different players depending on the region. However, players like Theirry Henry, David Beckham, Alessandro Del Piero, Wayne Rooney, Ronaldinho, Eden Hazard, Cristiano Ronaldo and Lionel Messi have all made the cover.

However, FIFA has also included the likes of Sol Campbell and Jack Wilshere. Albeit they may be good footballers but they were not exactly world-class and possibly did not deserve the recognition to be on the game run controlled by EA.

The Rise of Women’s football

The current European Championship is being played in the UK and it has attracted huge audiences with new UK bookmakers enjoying the tournament as well!

The women’s game is televised more on the likes of BT Sport and BBC in England, gates are increasing and the standard is much better due to investment and better coaching at the grassroots level.

Which woman makes history with FIFA?

FIFA introduced playing as international women’s teams back in 2015 for the FIFA 16 instalment and the addition proved very popular with game players. The current version has gone one further and included the FA Women’s Super League and the French Division 1 Féminine.

So with this addition, it is only right that a woman should accompany PSG striker Kylian Mbappe on the front of the game cover. FIFA decided to go with another striker Sam Kerr.

Who is Sam Kerr?

The Australian and Chelsea striker is possibly the hottest property in the women’s game currently. She cannot stop scoring. In 297 career games, she has scored 210 goals plus another 59 for her country.

On the whole, the addition has been widely accepted and amongst many circles, it has not even been acknowledged because it has been viewed as normal and long overdue.

However, some angry men cannot deal with the women’s game (or women in general) getting the same recognition as men which is absurdly hilarious. They must have had some underlying trauma as a youngster.

This is the future and it is expected to continue especially with FIFA adding more leagues for this addition. When EA breaks from FIFA for the next game in the series, it will more than likely have more women’s teams included and will continue to be popular with gamers