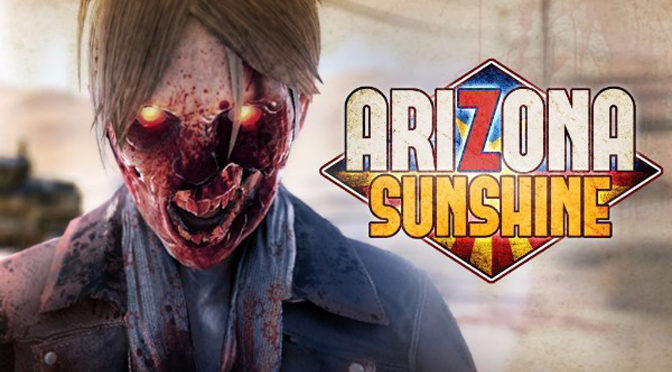 Vertigo Games and Jaywalkers Interactive are pleased to announce that the award-winning VR shooter Arizona Sunshine will feature post-launch free DLC for everyone who owns the game on PlayStationVR. Additionally, update 1.02 addressing player feedback is now live on PS4 and PS4 Pro.

Later this summer, players will be able to enjoy two additional Horde mode maps set in the depths of the dark Old Mine and in Undead Valley, a location that takes them across the border to an old, zombie-infested warehouse-turned-underground casino close to Las Vegas, Nevada.

Additionally, update 1.02 which addresses feedback from the PS VR community is now available for all players. Taking into consideration the game’s free-roaming gameplay and room-scale roots, a number of implementations have been added for optimization of the PS VR experience, including, but not limited to:

• Chaperone system to prevent ‘floating’ due to lost tracking

On PlayStationVR, Arizona Sunshine takes advantage of the PS4 Pro with enhanced visuals and includes an additional game mode designed for use with the PS VR aim controller. Explore Arizona Sunshine’s post-apocalyptic VR world using teleportation or free movement with any controller, and opt for optimal immersion with the PS VR aim controller or two PlayStationMove motion controllers to dual-wield weapons with real-life movements.