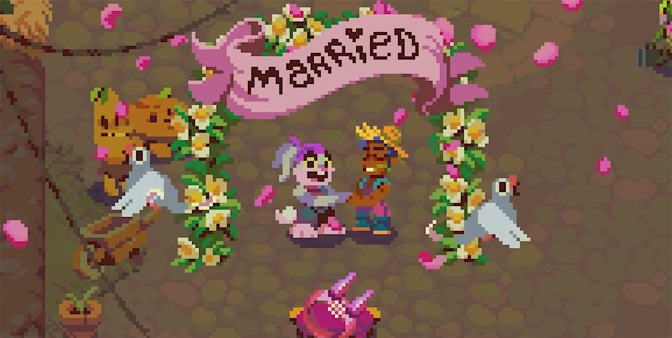 Raw Fury and indie developer Bird Bath Games have revealed that on May 28, Atomicrops will come to Xbox One, Nintendo Switch and PlayStation 4 for the very first time, as well as officially launch out of early access on PC via the Epic Games Store.

All content and improvements added to the PC version of the game during early access will be available on consoles on day one, including a major update bringing two new spouses, new mushroom power-ups, and a total of 10 difficulty tiers with score multipliers!