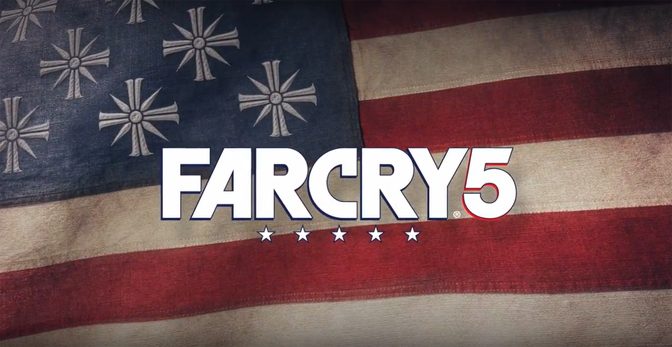 For the first in the franchise’s history, Far Cry 5 decides to take place in America instead of some non-descript, non-existent countries, republics, or neutral islands. This time the mayhem is going to happen on the rolling hills and quaint towns of Montana, a fictional Hope county, to be specific.

With the launch set for March 27, let’s see what Far Cry 5 has in store for us.

There was a man called Joseph, once an understudy to a local pastor, but he has since moved to find his own way. It turned out to be the way of the gun and an iron-fisted rule. With the help of his equally deranged family and a private army of lunatics he convinced with his honeyed words, Joseph has self-styled as “The Father” and subsequently taken over the Hope county, dealing with arbitrarily defined undesirables and converting people at gunpoint. As one does.

That’s the premise for Far Cry 5. It’s a pretty interesting one, and will probably hit too close to home for some players.

Far Cry 5 has already faced some backlash, and is bound to face some more after it launches, , although if Wolfenstein II is any indication, this isn’t necessarily a bad kind of publicity.

What’s the player’s role in all of this? We’re getting deputized. The protagonist of Far Cry 5 is a deputy sheriff sent to Hope as a part of a task force meant to stop whatever Seed is doing. Of course nothing goes according to plan, because otherwise things would be too simple.

What’s interesting here is that for the first time in the franchise’s history we get to customise our character’s appearance. Although the depth of the customisation system remains unknown, it’s been said that we’ll get to pick our deputy sheriff’s gender and skin tone. Expecting some face sculpting feels reasonable as well, although it’s unclear if we’ll ever see the face during gameplay. Our co-op partners might, though.

Where parkour and convoluted schemes are the trademarks of Ubisoft’s Assassin’s Creed series, Far Cry’s is potential for causing entertaining mayhem in vast, carefully designed locales. The fact that this time we’re going to see a bit of Montana instead of tropical islands or remote mountain countries doesn’t change much. We’re still getting a free roam license, and with it being a Ubisoft game there’s bound to be plenty to do outside of pushing forward with the core plot.

If you’ve missed hunting, a vital part of earlier Far Cry games, you’ll be relieved to hear it’s back in FC5, with an additional activity in the form of fishing. If you wanted to fish for trouts and boast to your friends about what a massive fish you caught, Far Cry 5 gameplay is going to give you this chance.

The resistance and other allies

As we’ve mentioned earlier, the protagonist won’t be forced to be by his or herself all the time, because the game has a bunch of allies eager to join the good fight against Seed’s flunkies. There’s going to be a pastor trying to save his wayward flock, a barmaid with a vendetta, a pilot trying to make the county safe for his family… and there’s also Boomer, the best boy of them all.

Yes, all of these potentially very well-realised characters are fine, but the game is going to give us a dog, so no matter how many air strikes we can order from the pilot, it doesn’t beat siccing a dog on a hapless lackey and having the pup happily fetch us his weapon.
Over all the allies you’ll be able to recruit (some are likely to require some assistance before deciding to join forces) seem rather interesting, but none more than the pastor, who got a really great trailer.

All things considered, between its premise, the allies, and a change of scenery, Far Cry 5 might turn out to be one of the more memorable Far Crys (Cries?) yet. Combine it with the series’ signature free-form mayhem (yeah, it’s not Just Cause, but that never stopped creative players) the Hope County is going to go through a lot of destruction and death before it’s peaceful again. Which is exactly what we expect from FC.

Are you going to let the bad Seeds rule the county when Far Cry 5 laucnhes on March 27th?