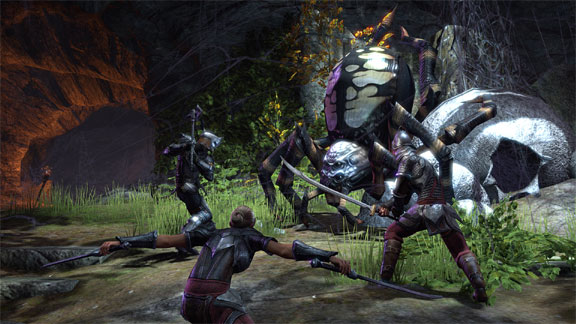 Dark Brotherhood will be available tomorrow for PlayStation 4 and is included for players with an active ESO Plus membership or can be purchased for 2,000 crowns via the ESO Crown Store.

With the return of the Dark Brotherhood, no one in Tamriel is safe. The latest DLC game pack invites players to join the infamous guild of assassins and return to the Gold Coast, a zone not seen since TES:IV Oblivion. In Dark Brotherhood, players will become the deadliest assassin in Tamriel with a new and exclusive passive skill-line; defend the Brotherhood against a mysterious foe through hours of new story content; prove their skills for homicide in new, repeatable assassination quests; and much more.