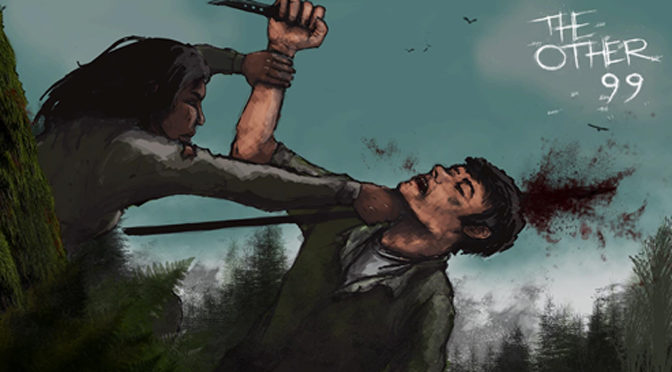 Deck13 Games and Burning Arrow today announced the official release date for the upcoming survival horror game The Other 99, which will be unleashed on the 11th July. The game will be shown off in the coming days at E3 in Los Angeles.   With its unique combat system and focus on a gripping narrative, The Other 99 brings a unique twist to the survival genre and will impose cruel decisions on the player. “We can’t wait to get people hooked on The Other 99 and finally demonstrate just how good it is,” says Thomas Brown, CEO of Burning Arrow. “The Other 99 is truly different from any other survival game we have ever seen!” added Jan Klose, CEO of Deck13.

In The Other 99, the player is trapped on an island, ripped from their ordinary life with only a single aim, to survive. You must navigate a deadly wilderness, shared only with 99 other human beings who are willing to do whatever it takes to survive. Each enemy NPC is just as desperate to survive as you are – and there is nothing that will stop them from achieving their goal. Experience the game’s brutal visceral combat, an exploration-driven story, the true meaning of stealth, and merciless decisions that will haunt your dreams.

More information for The Other 99 can be found on the official website.