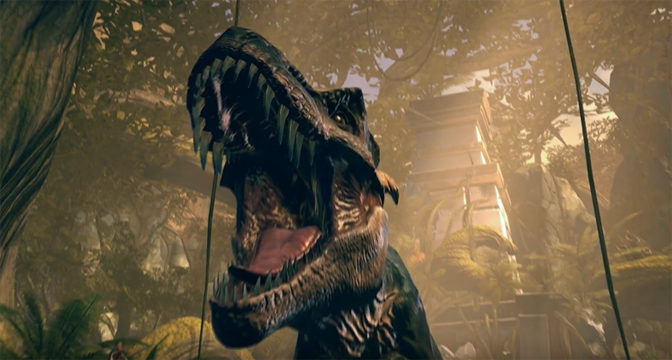 Today, Perfect World Entertainment Inc., a leading publisher of free-to-play MMORPGs, and Cryptic Studios announced Neverwinter: Tomb of Annihilation is coming to PC on July 25 and arrives later on Xbox One and PlayStation 4. Based on the storyline announced at the Stream of Annihilation currently broadcasting on twitch.tv/dnd, Neverwinter’s marquee expansion for 2017 brings death to Faerûn in the form of a mysterious curse. Adventurers will lead a large expedition to the faraway land of Chult, where they will explore a new jungle zone, experience heroic encounters with undead and discover the source of the death curse ravaging Faerûn in a new campaign.

Neverwinter’s Harpers seek to end the wickedness of a new death curse on the jungle peninsula of Chult, sending adventurers on an expedition to a land infested with Yuan-ti, undead and dinosaurs. Beginning at the new social hub of Port Nyanzaru, adventurers will explore various regions of Chult to uncover the evil behind the curse annihilating the people of Faerûn. Adventurers can team up with old friends Minsc, Boo, Celeste, the famed explorer Volothamp Geddarm, and an unexpected ally.

The twelfth expansion to Neverwinter brings new content including a Tomb of Annihilation campaign, end-game dungeon, monster hunts with the legendary Volo, a jungle adventure zone inhabited by dinosaurs and social hub for weary travelers. Additional details about Neverwinter: Tomb of Annihilation will be revealed in the coming weeks on PlayNeverwinter.com and will be detailed in a follow-up release when the expansion launches on July 25.

To find out more information about the storyline of Tomb of Annihilation from tons of streamers, Hollywood actors, and the Dungeons & Dragons team, check out the Stream of Annihilation on twitch.tv/dnd.

One thought on “Dinosaurs Invade Neverwinter Through Tomb of Annihilation”