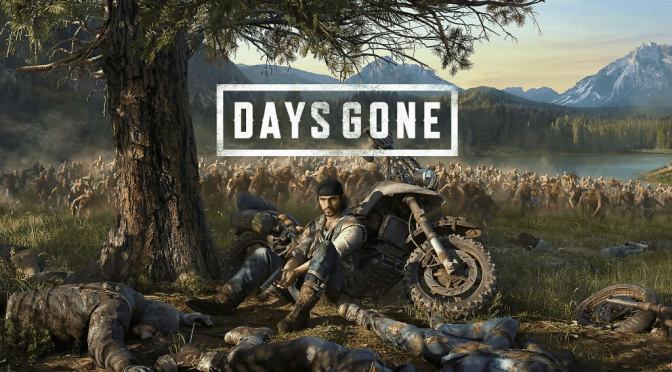 In the last couple of years, Sony Studios have spent quite some time claiming that Days Gone will not be like The Last of Us. The post-apocalyptic zombie game was an instant hit after the trailer. Somehow zombies started to get very popular in gaming as we see them in almost every game now such as World War Z and Call of Duty.

Since the release, we can confirm that Days Gone is not some copy of The Last of Us with few different models. It is a completely new game, but was it necessary or TLOU II would have been enough?

Well, Days Gone have shown some interesting mechanics only in the horde, however, the rest of the game feels quite lifeless. Let’s jump into the details

It is post-apocalyptic time, and St. John has to survive the zombie apocalypse. He is separated from his wife, and that is his true motivation as he thinks his wife is somewhere alive and hopes to find her.

The idea is interesting, at that time St. John has to build community among non-infected people and find resources like fuel and food that will keep him going. Basically, this game is representing survival as well as a rebuild of the world since there are many infected people. St. John is an incredible character with well-thought story and characteristics.

This game will set your mindset and you start to think that you are really in that situation. The story is great and well interpreted, however, some of the missions you attend feel repetitive and can last too long.

All credits go to the developing team just because they used incredible facial animations which, weirdly, look amazingly similar to the new EA Sports Madden NFL 2020. This provides for more realistic storytelling filled with emotions. The game is very detailed, there is evidence of the post-apocalyptic times everywhere you look such as abandoned cars in the middle of the road, jammed into tunnels that will make you feel the emptiness of the world.

Overall graphics are strong with notable frame rate dips at times and best of all is the lightning which may be the best we’ve seen so far in games.

The weather is dynamic and can change from time to time. The technology used to make the weather animation is amazing, just because the final result will leave you without words. Strong visuals and development have been used in making the progressive weather system.

When a snowstorm starts to flitter in before becoming a full-blown blizzard, specks of snow start accumulation on the player’s character and objects around him, the ground gets muddy, and there is no green on trees. The same goes for the rain as roads become slippery and make you really feel the weather.

The most interesting thing Days Gone will bring to you is the hordes which represent many Freakers (zombies) in one place and attack the player if agitated or they detected. It is similar to the World War Z movie and it is amazing. The tension is rising as you are running away from them and you are free to hunt them in whatever method comes to mind.

They managed to make the game realistic just because falling off your bike means instant death and St. John runs out of stamina. They also made the resources you have realistic, so you have to plan your traveling and be careful not to run out of fuel.

The lack of variety of missions is a huge drawback for the game. After you have done all of the missions and quests, there is nothing more to do. Missions throughout the game feel repetitive and sometimes last very long. This makes the game boring after 30 hours of play, which is a shame just because they have worked so hard on making those mechanics and graphics right.

Overall, it is a good game with a strong story and great graphics. St. John is a very memorable character that probably will stick with players for a long time. However, the open world will provide you amusement while fighting the Freakers as the adrenaline pumps up but is not a long term solution and the game quickly will become repetitive and boring.