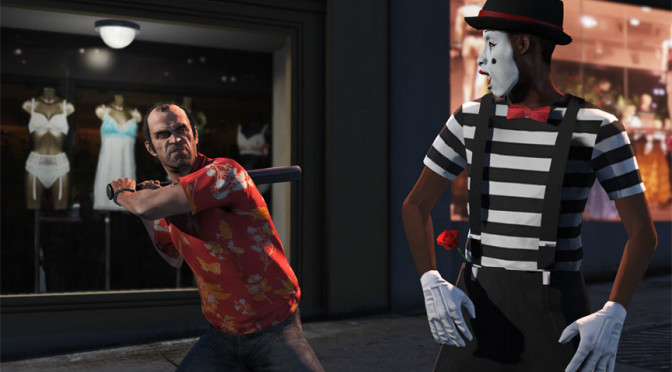 Over the past three decades, video games have become part of our popular culture and, yes, many of them are quite violent. Is this good or bad? Does exposure to on-screen violence lead to aggressive behaviour or not? What do statistics and criminal records tell us about this supposed link between violent games and real life violence?

Concerns over violent games were rife in the 1990s

Video games are a huge industry and the vast majority of children (not to mention adults) in developed countries play some sort of game regularly. Many are age-appropriate and fun, but there are quite a few that are extremely violent, yet parents still buy them for their kids. Children as young as four are exposed to violent games.

Ever since games like ‘Doom” first appeared back in the 1990s, parents as well as mental health professionals have raised concerns over the effects of all the blood and gore in such games on young impressionable minds.

If you look back at the first studies on the link between violent games and aggressiveness, you will find many voices in the 1990s attesting to a detrimental effect such games have on children and teenagers. However, many of the studies and scientific papers of the era have been largely discredited since. What you need to keep in mind is that the issue was heavily politicized at the time. Conservative politicians of the era played up concerned parents’ fears and many of the so-called studies were later found to be heavily biased.

What do crime figures tell us

Every time there’s an incident like a mass shooting, the media are quick to examine the perpetrator’s life and point out he had a passion for a certain video game and the old debate reignites. Yet, laying the blame on violent games is contradicted by the facts. Assuming that one violent criminal was an avid Mortal Kombat player, he is just one individual. Take, for instance, Mortal Kombat 11, very popular at the moment. As of November 2020, the game had 9.2 million registered players. If one of them commits a violent crime in the future, that still leaves us with 9.2 million people who do not engage in violent behavior outside of the game.

According to experts, video games may function as a release valve, allowing players to express negative feelings through their actions on the screen rather than in real life.

Real life violence can be attributed to a myriad of factors, such as upbringing, social situation, economic perspectives or lack of, but video games do not play an important part in the rise of aggressiveness among youngsters.

Further information on the nature and disclosure of criminal record checks in countries like Australia, New Zealand, England and the U.S. can be found on the character check website here: more info. Please refer to the FAQs section of this website.

Further information about the 2011 study conducted on the correlation between violent video games and criminal records can be found here on the Questia website.