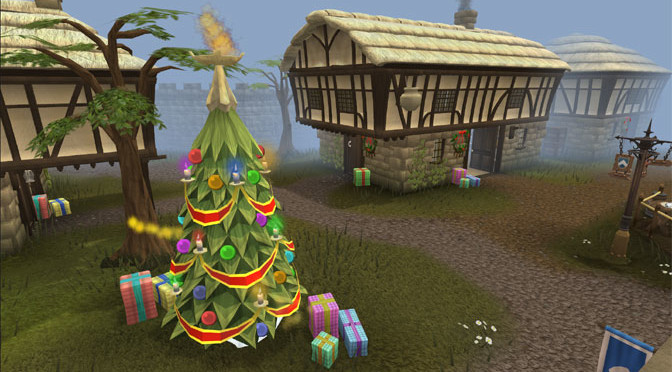 Jagex Games Studio, creators and custodians of the fantasy MMORPG RuneScape, have kicked off the festive season with a series of events including The Pinch Who Stole Christmas – a multi-part mini-quest for the main game – and an attempt to stop the Anti-Santa from ruining the seasonal tidings in Old School RuneScape. All seasonal activities across both titles are available to enjoy through to Jan. 11, 2016.

In The Pinch Who Stole Christmas, players will have to investigate the disappearance of individuals linked to the wintery festivities, as well as a present-laden iceberg that’s mysteriously appeared off the coast of Daemonheim. Completing each section of the multi-part quest will also unlock further Christmas activities, debuting with The Great Gielinor Bake Off, while cosmetic rewards will also be available to collect.

In addition to uncovering the icy mystery, main game players will also receive a special gift every day until Dec. 25 through the in-game advent calendar. The question is, have they been good enough this year to receive a rare item?

“Celebrating the annual festivities with our players is something we relish, and we hope the community enjoys uncovering the mystery of this year’s mini-quest, unwrap their advent calendar gifts, and collect their cosmetic rewards,” said David Osborne, lead designer, RuneScape. “Next year should be a huge year for the RuneScape franchise as we head into our 15th anniversary celebrations, but we’ll be seeing out 2015 in style!”

Mathew Kemp, product manager, Old School RuneScape, said: “The 2015 Christmas Event will continue the players’ efforts to stop the Anti-Santa, who was kicked out of Death’s home during Halloween. Players will have to be determined to overcome the maniacal entity and his wintery minions, and they’ll also have the chance to take part in our Twitch live streams where they can get their hands on party hats and Santa hats from our 2001 and 2002 celebrations.”