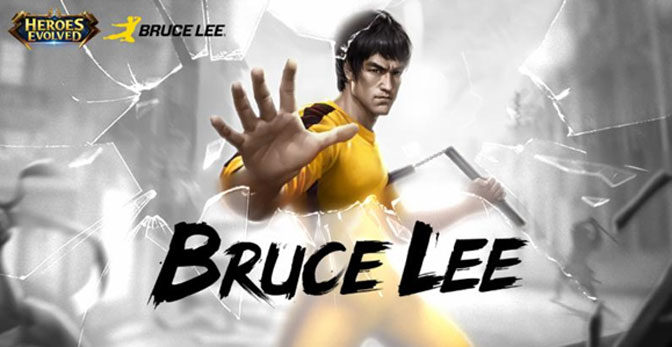 As the first in what R2 intends to be a series of pop-culture characters, Bruce Lee will make his grand debut in the game on October 18th, complete with an iconic alternate skin! While you wait, R2Games has prepared an official website with events and a sneak peek at the in-game hero. Starting on Oct 11th, a series of challenges will go live, rewarding those that can complete all three with the new hero completely free of charge once he launches.

Famous for his acting, directing, and revered for his martial arts mastery, Bruce Lee was also an accomplished poet and philosopher. He paved the way for positive reception of Asian actors in American cinema, and will always be remembered as a true Hero.

When controlling Bruce Lee, players will be able to unleash classic moves that really bring the character to life. R2Games collaborated with martial arts experts to do full motion capture, in order to retain the visceral feeling of Bruce Lee’s famous kicks and punches from classic films such as Way of the Dragon, Fist of Fury, and Enter the Dragon.

Heroes Evolved is a 5v5 online arena game, in which players assume the role of a powerful hero, and work together as a team to destroy the opposing base. Gameplay is fast paced, tactical, and above all – very fun. It appeals to both casual and more hardcore gamers, offering multiple modes with a focus ranging from serious tournaments, to all-out just-for-laughs brawls.