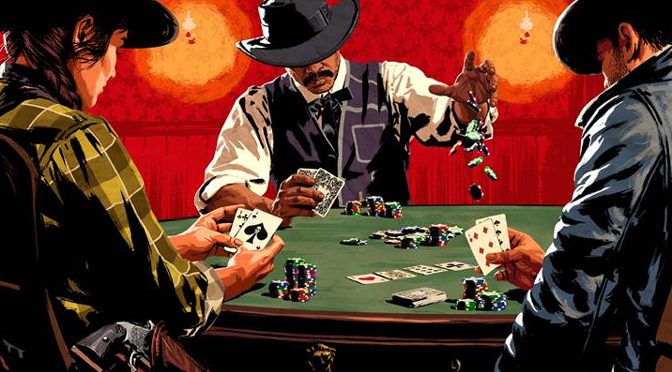 One of the many great aspects of playing adventure video games is the number of side quests to complete. These can often involve meeting other people and carrying out tasks but in some video games they take the form of gambling mini games.

Final Fantasy VIII is a good example and this role-playing video game is set in a fantasy world. While you are busy trying to stop the sorceress, Ultimecia, there is time to participate in a game of Triple Triad. During play it is possible to refine the cards into items via Quezacotl’s Card Mod ability. This is a great way of locating some of the rarer items in the game and the cards depict different creatures such as guardian forces, monsters, bosses, and other characters in Final Fantasy VIII. Each of the cards have different values and they are obtained by defeating enemies during battle.

A 3×3 square grid of blank spaces is used to play the game and this is where the cards will be placed. When playing the basic version of Triple Triad, each player has five cards, with the first player placing a card in an empty space. The second player does the same and the idea of the game is to place a card of superior rank next to an opponent’s card which then turns into the colour of the higher ranked player. A majority of the 10 cards played must be in the player’s colour to win.

Another of the world leading action role-playing games is The Witcher 3: Wild Hunt. Released in 2015, this video game is regarded by many as being one of the greatest games of all time. It is also home to one of the best gambling mini games in videogames, Gwent.

The game features two armies which are controlled by the players. The cards represent the forces within each army and there are four different factions complete with unique combat styles. Due to the variety of factions and combat styles, there are many methods to victory when playing Gwent. At the beginning of the game, each player receives 10 random cards and can return two in the hope of drawing two superior cards in their place. Players put down one card per turn unless special conditions state otherwise and the strength points are added to each players total. The winner is declared when one player has more points and both players do not have any cards to play.

If this has got you in the mood for some real gambling action, check out this Mr Play review. Not only is this website home to a fantastic array of sports betting markets but you will also find a superb online casino, full of feature packed games.

Poker is one of the games available on the website and this is also a fantastic mini game in the Red Dead Redemption series. The rules used are from no-limit Texas Hold ‘Em and is the same in both Red Dead Redemption and Red Dead Redemption 2. This poker game needs little introduction but for those who want to play with high stakes, we recommend trying the Blackwater Hotel, where it is possible to win $1,250 dollars in one sitting.

One thought on “Best Gambling Mini Games in Videogames”