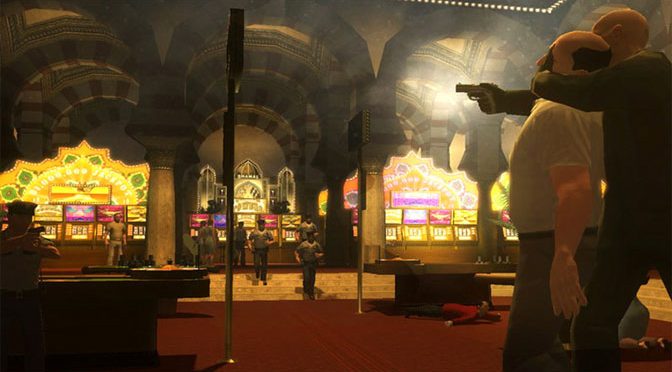 You will be able to find a casino level as the 10th mission of Hitman: Blood Money. This level is labelled as “A House of Cards” due to the same reason. The level would start in the form of a conversation between two different characters in the game. They are discussing about the Agent 47 and his whereabouts. After that, we can also see how the Agent 47 is debating about the existence of three agents, along with the disappearance of few others.

The mission starts when the agent 47 gets into Shamal Hotel and Casino. He gets a key to a specific floor at this hotel by convincing the reception that he has an appointment. The main objective of this level is to kill Sheikh Mohammad Bin Faisal Al-Khalifa, Hendrik Schmutz, and Tariq Abdul Latif. That’s because they are guilty of purchasing and sale of lab reports as well as NDA material. After killing all the three targets, agent 47 is asked to pick up a briefcase that contains diamonds and leave the casino secretly.

As you proceed with the game Cuphead, you will come across a mission named as “All Bets Are Off”. In fact, this is the mission positioned right before the final mission. Hence, you will have to win against the right-hand man of the devil, King Dice.

King Dice is in the casino. You will be getting into a fight at a betting table in this casino. You can see King Dice standing in the center of the table. In fact, King Dice would roll a die, which would determine your fate. Depending need to take steps based on the outcome of the die. If you want to get through this level, you should master die rolling. However, it is important to understand that this is one of the most challenging missions as you will have to fight against three different bosses.

When you play the level 2 of Tom Clancy’s Rainbow Six: Vegas game, you will come into a setting named as the Calypso Casino. This casino is owned by some terrorists. You will have to play the role of Logan Keller and infiltrate the casino. You don’t have to do it on your own, as you can get the help of two other teammates. Then you will need to kill all terrorists and rescue the hostages.

This is not an easy mission to complete as the terrorists are just about to execute all hostages in the casino. Hence, you should be quick to respond as you go through this game. You will also need to coordinate with the other teammates, as you will not be able to do everything on your own.

If you are impressed with these games, you can download them or buy them to play. You will fall in love with the unique experiences offered along with the best casino levels.