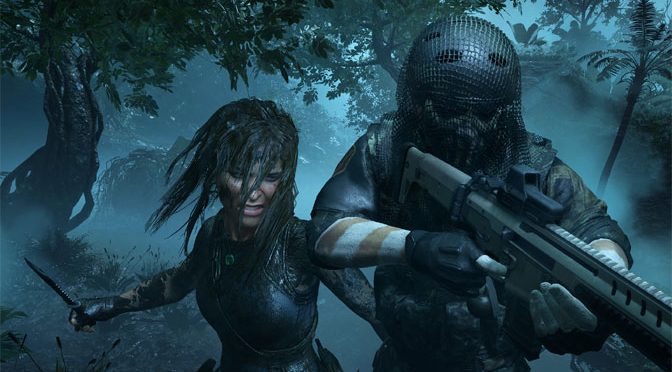 If you grew up in the 1990s and early 2000s, you probably came across lots of game magazines with disks of demo games. Publishers would sneak demos in magazines to create awareness about upcoming games as much as possible.

Over time, developers stopped giving out demo disks. Even in the age of the Internet, not many video game companies like to give out demos. Why is that? Take a look at the four types of people who play demo games:

This player has plans to buy an upcoming game regardless of their experience with the demo version. In many cases, this player will have a positive reaction to a demo. And thus, they will end up buying the main title.

Publishers who used to give out demo modes did it to target these types of gamers. This is a person who probably don’t know about a certain game. But after receiving a demo disk, they end up buying the title.

This gamer had the intention of buying an upcoming video game. Then they come across a across a demo version and get disappointed. Now, this player who had budgeted for the game, no longer plans to buy it.

This is like the average person. They view adverts of all sorts of things online. But that doesn’t change their mind. In the gaming space, this player might try out a demo version. Nevertheless, they have no plans to buy the game even if they believe the demo was decent.

Why Some Companies No Longer Publish Demos

To be clear, game demos never went away. If you love online casino games, you can find hundreds of online slot demos. Generally speaking, however, not many video game publishers are fans of demo versions. Here’s why.

Let’s get this out of the way. Publishers did their homework and discovered demo versions are not the best marketing tools. Think of the four types of players we mentioned above.

Some plans usually have plans to buy a video game. But after getting disappointed by a demo version, they change their minds. Unfortunately, far too many gamers fall into this category.

In fact, so many players change their minds after playing a demo game that they end up hurting game sales. Owing to that backdrop, many publishers prefer not to give out demos entirely.

Picture this. A publisher releases a demo game a few weeks before launching the main games. Unfortunately, the majority of gamers flock social media, Twitch, Steam and forums with negative reviews of the game.

In this age, negative PR is almost bound to hurt sales. It can also taint a publisher’s image and affect partnerships with distributors. As a result, it makes more sense to launch a game sans demos and deal with PR afterwards.

When you think about it, demos cost money to produce and distribute. Not many companies in 2022 want to spend millions of dollars on a freebie. This is especially true when the free product might impact sales negatively.

In other words, companies that still give out demos are confident in their product. They use demos to convince existing fans. Or to create more awareness about their upcoming titles. But they are not worried people might not buy the game after playing the demo version.

One thing many gamers forget about demos is that they do not represent a game’s performance 100%. They come with bugs the developer fixes before releasing the main games.

Often times, demos also lack crucial features. As such, you don’t experience the full extent of a game on the demo version. Yet, a lot of people judge an upcoming game solely based on its demo.

As mentioned, demo games never really went away. If you visit steam, you’ll find plenty of video games with demo modes. Examples include Doom, Slime Rancher, Shadow of the Tomb Raider and Just Cause 2.

Casino fans also get a demo mode with nearly every slot machine. Does, this mean slot developers don’t lose in sales by giving out demos? Not really, but here’s why they do it:

Distributing a demo version is a way of creating awareness about a game. Sure, a developer can release a trailer or pay for adverts to have their game distributed to millions of people.

But at the core of things, many people pay for a game they like. Releasing a game, therefore, doesn’t just lead to awareness. It also gives people reasons to buy it.

True gaming fans will admit to this. It feels good to access an upcoming video game earlier than others. Of course, you can pay for an early access these days. However, demos give you the same privilege without having to spend money.

In the past, some people would stay away from demos because it meant you would have to replay the early stages again. Nowadays, developers take care of the problem by allowing you to transfer your progress from the demo mode to the main version.

Many video game critics agree—demos in 2022 are actually good. It’s not the type of free versions that used to push away players from a game. When you play a demo from a top publisher, you’re probably to like it.

This is a great thing if you love to try out different games. You can play loads of exciting video games completely free of charge. And the best part—you play these games long before your fans learn about them.

You’re not mistaken—finding a demo game is harder than it was 15 years ago. The explanation has everything to do with sales. Developers are afraid demos hurt sales. All the same, you can still find of games with demos, especially online slots.