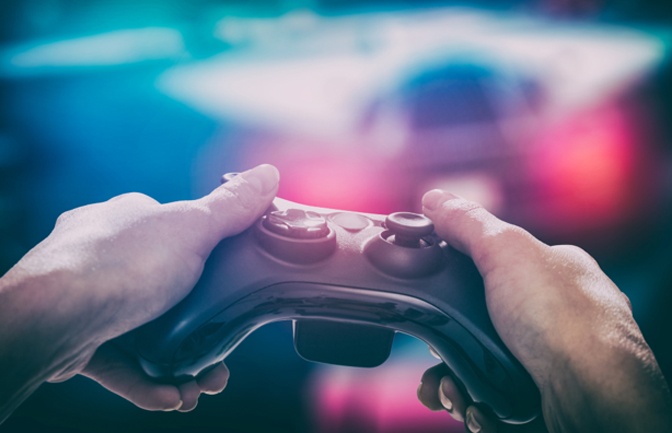 In case you have been living under a rock, gaming is hot, and I do mean HOT! This shouldn’t be news to anyone, but did you know that 2 of the top 5 YouTube channels in the world are gaming channels?

Are you looking for new gaming content to watch on YouTube or Instagram? Are you are curious about YouTube’s best gamers on the planet? If so, stick around.

Felix Arvid Ulf Kjellberg is PewDiePie. He doesn’t just have the top gaming channel on Youtube, he has one of the top 5 channels on the platform!

With over 20 million subscribers on Instagram, he is one of the top influencers on the planet.

This Swedish-born influencer has had partnerships with major brands. Unfortunately, his controversial behavior has made some brands think twice. His net worth is measured to be between $20 million to upwards of $97 million.

Ninja is Tyler Blevins. On top of his impressive popularity on YouTube and Instagram, he also is one of the most followed gamers on Twitch.

He rose to popularity from playing Fortnite but does play other games as well. He has teamed up with major brands as a major influencer, like Red Bull energy drink.

According to Business Insider, he earns over $500,000 a month! He has switched over to Mixer, Twitch’s competitor.

ElrubiasOMG, AKA Rubén Doblas Gundersen, became the first Spanish YouTuber to reach 10 million subscribers. In 2016, he received the “YouTuber of the Year” award.

Fans enjoy his comedic style and vlog videos that provide glimpses into his everyday life. His most popular series is the “Let’s Play” gaming sessions.

Known as Mark Edward Fischbach in real life, this American gamer rose to fame through playing horror games and his vulgarities.

As an influencer, he has created a clothing line where proceeds go to the World Health Organization. He has also appeared on various comedy channels.

He has a net worth around $24 million.

Sean William McLoughlin, an Irish gamer. He is better known as Jacksepticeye. His “Let’s Play” vids are his most popular. This is where he shows off his comedic-style and occasional swear words.

A true philanthropist, he has used his influencer status to raise funds for charities like the Make-A-Wish Foundation, St. Jude’s Research Hospital, American Foundation for Suicide Prevention, and Save The Children, just to name a few.

His net worth is around $20 million.

He is one of the highest-paid YouTubers, with views surpassing even PewDiePie!

He has partnered with BroadbandTV to promote mobile games. As of May 2020, he has a net worth of $10 million.

Turner Ellis Tenney is an American YouTuber from Florida who is one of the youngest professional gamers.

Known for his controversial acts, he has been banned from Twitch two times, suspended from Fortnite. His YouTube channel has been deleted.

He is considered the best Fortnite player in the world. He has brand deals with Twitch, Epic Games, and other services. He has a net worth of $3.7 million.

The only female on the list, Alia Marie Shelesh from the UK, who goes by Lia, has some major influencing status.

According to Forbes, Lia is a Call of Duty gamer. She has turned her gameplay into major branding deals. Partners include: Activision, EA, Ubisoft, and Disney.

She has turned her influencer status into major cash, to the tune of $35 million.

Evan Fong is the man behind the Canadian YouTube channel VanossGaming. Due to his success as a YouTuber, he quit his studies at the University of Pennsylvania to focus on gaming.

He was voted one of the Top Influencers by Forbes in 2017. He has partnered with YouTube Red and Jetpack for voiceover acting.

Daniel Middleton became popular with kids everywhere for his gameplay of Minecraft, Roblox, and Pokémon.

He is a professional gamer and an NYT bestselling author for his graphic novel.

As an influencer, he has partnered with Orion for publishing, as well as Tubebuddy and others. His net worth is $20 million.

Ali-A is Alastair Aiken. He is a gamer from England. He has four Guinness World Records related to his Call of Duty and Minecraft gaming.

He is one of the UK’s most popular YouTubers due to his three channels on the platform.

A global influencer, he has signed branding deals with Blizzard, Ubisoft, LG, Monster Energy Drinks, Alienware, and more. He has a net worth around $17 million.

The power of YouTube has made gamers household celebrities. Their content has streamed into our homes and into our hearts. It has brought riches to successful content providers along with major brand endorsements.

Some have used their influencer status to increase their wealth while others have used it to give back in the form of charity.

If you have a gamer in your life, you could make a montage of their favorite gamers as a birthday video in minutes? Do you know an aspiring YouTuber?

You could make a commercial of their favorite moments from Instagram to promote their channel!

Who Is the Best Gamer?

Do you have a favorite gamer that didn’t make our list? Let us know in the comments below. Be sure to check our blog for more content on gaming and the gaming world.