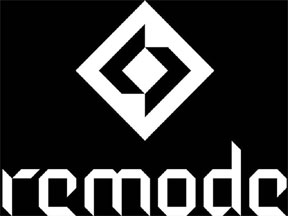 Being An Indy Brings Thrills, Challenges

Earlier this week we talked with Ella Romanos at Remode Studios about how they were working on bringing biofeedback to the game industry. Today we talk with her about what it’s like to work in the game industry in general, and the state of Indie gaming.

GiN: How do you see the UK indie market at the moment?

Romanos: It’s interesting, exciting and diverse. I see a lot of tensions though. Being an indie means being very close to the craft of your product, however one of the things we’ve learnt is that making stuff and running a sustainable company are not the same thing. Confusingly though they are nebulously linked.

In my opinion the indies that can work this out, as well as find their product/market fit are the seeds that we are likely to see grow tomorrow. I guess my point is that while indie is growing, it is also fledgling and unpredictable.

GiN: Did you see the government back down on tax breaks for the UK games industry as a bitter blow, or do you think there are alternatives?

Romanos: Obviously it was a shame that they backed down, but at the same time they never actually confirmed exactly how the tax breaks would work and so it’s difficult to know whether they would have really helped small studios like us anyway.

I think that considering the economic climate it was not surprising and I can see the argument that it is more viable to provide solutions which help a broader range of businesses than just the games industry. So I do think the government could assist more, but they already do through R&D Tax Credits, which we have benefited from quite a bit. In theory I think that Tiga’s new proposal of broadening the scope for claiming existing tax credits is possibly a more realistic solution and one which could make a big difference to studios such as Remode.

Also, I think that the government can help in more ways that just money, particularly considering the current economic climate, which I think the Livingstone-Hope review showed and I hope they look seriously at those suggestions.

GiN: The Southwest of England isn’t usually seen as a hotbed of games development, but is there a growing games community there or are you a lone wolf?

Romanos: I think that there is more going on in the Southwest than people perhaps realise. There are quite a lot of companies in and around the Bristol area, less so currently in Devon. There is however a legacy of creative industries, there are a lot of good graduates coming out of the universities and some very talented people from the games and creative industries living in Devon, running small businesses, studying or freelancing.

It is definitely a growing industry, we held the first games conference ‘Extended Play’ in Plymouth last year, which has spawned monthly meetups where local indie developers are showcasing some great work. We are also intending to evolve the conference over the coming years. There is a definite drive from developers and the region to grow the creative industries and in particular games, with a focus on indie development and innovation rather than triple-A studios!

GiN: What are the challenges and advantages of working in that region?

Romanos: The advantages are the legacy and focus on creativity, plus that whilst the quantity of talent is lower, the quality is high and there are a mixture of graduates and experienced people to choose from. On top of that, costs are lower which always helps!

When we graduated we could have left the area, but because of the drive to grow the creative industries we had a lot of support (financially and otherwise) locally and it was advantageous to stay.

The challenges are that we don’t get much of our commissioned work from the area and obviously any businesses, such as publishers, who we work with are not based locally, so I do spend a lot of time away – but I enjoy that.

GiN: What’s exciting you about the games industry at the moment?

Romanos: For me, I’m excited about the number of interesting games coming out digitally, on XBLA, PSN, online and mobile platforms, in terms of both design and business models and it’s going to be really fascinating to see how all these different concepts evolve and learn from each other over the next year or two.

GiN: As a woman, running your own development studio, do you see more women entering the industry and will we see a move away from the tendency to just add pink to woo female gamers?

Romanos: I don’t see many more women entering the industry currently. We very rarely get applications from women, particularly in technical roles and being a programmer myself, I think it’s a shame. Overall, the more diverse a team is, the more creative and interesting products they will produce. Also, games are a really rewarding and fun industry and a lot of women would enjoy it just as much as men, so I’m not really sure why they don’t consider it more.

I think that if there were more women involved, we would see a move away from somewhat cliched attempts to draw women into a game, although I think that those instances are fairly limited and there are plenty of games which appeal to both men and women out there already. For me, it’s the Triple-A market which perhaps has a tendency to be more focused towards men, whereas the digital, growing markets seem to be more varied, particularly online and on mobiles.

GiN: What attracted you to the games industry in the first place?

Romanos: I have always enjoyed programming, but particularly when I’m building something creative, and games has always seemed to me to be the most innovative, challenging and interesting application of this. The games industry itself is great, the people I meet and get to work with are so motivated, talented and passionate, it’s an amazing environment to be in.

GiN: What advice would you give to anyone trying to get into games development?

Romanos: It depends whether you want to work in a company, or start your own! The two are very different, so I guess that’s the first piece of advice – decide which route you want to take. Also, be clear about what role you are interested in and good at.

Generally though, it’s an extremely competitive and highly skilled industry, so you need to be proactive and self-motivated. Just getting a degree isn’t enough, although you absolutely need a good grade on a good degree. Attitude is as important as skills though, so on top of getting your degree, you need to demonstrate your passion. Go to conferences, build a network, keep up to date with industry, keep building your portfolio and be willing to do some unpaid work or apply for jobs that might not be perfect to get into a company you want to work for. You will also need to be patient because it will probably take time to get any job, let alone one you want.

If you are choosing a degree, look at what jobs actual graduates from that degree have, not what jobs the university says you will be able to get! Look at the skill-set accredited degrees and even if you don’t apply or get accepted onto those, at least look at what those degrees teach you and compare it to the degree you are considering.

Finally, there are plenty of degrees without ‘games’ in the title which may be a better option, so for example getting a math or physics degree could potentially be a better choice that doing a game programming course.