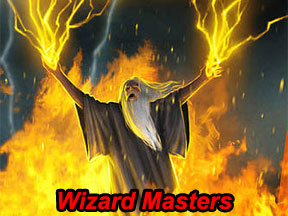 When Warlock: Master of the Arcane came out, it took a lot of people by storm. Here we had goblins, blimps, battleships, wizards, minotaurs, elves and dragons competing for dominance across several worlds and even on other plains of existence. And it was all done in turn-based strategy, a genre that we’ve been told was cooling down. But the developers at InoCo disagreed, and countered with Warlock.

We talked with Alexey Kozyrev, CEO and Executive Producer at InoCo, about how he and his team were able to cast their spell over gamers, and where they go from there.

GiN: What inspired you to start creating Warlock?

Kozyrev: Actually, it was called Master of Magic long, long time ago. We were just waiting for a possibility to start this project and, fortunately, Paradox Interactive believed in us; they saw our passion and funded it.

GiN: What kind of an experience will gamers get with Warlock that they can’t find elsewhere?

Kozyrev: Our game focuses on empire building and exploration in the magic world of Ardania. The PVE (player versus environment) element in our game is more focused than in any other game from a similar genre. The sarcastic and humorous atmosphere of Ardania itself really adds to the fun as well.

GiN: In this age of mostly real-time strategy games, I’m curious why did you decided to make Warlock a turn-based one?

Kozyrev: We like turn-based games because they require players to really think about the moves they’re making and where to explore first. With that insight, we can make the game more complex and unpredictable for them. The main challenge here was to make every single decision made to feel important to the player.

GiN: Getting into the nuts and bolts a bit, do you think the fact that Warlock is played on a hex grid makes it a better strategy title?

Kozyrev: It’s just a game mechanic we ourselves feel more confident doing. We have a history of making great hex turn-based games, so hex field just lowers development risks for us. Also, it has some good mathematical values in comparison with a square-based grid. At the same time, I think that it is totally possible to make a stellar game, and rules, with other types of grids, we just prefer hex!

GiN: The armies and units within Warlock are very diverse with a mix of weak and some very powerful units. How did you balance gameplay so that no one race got the upper hand?

Kozyrev: Our game designers have special tables in Excel in which every attribute of a unit has its ‘cost’ ‘ so this generic result shows the power of each unit, making it easier for us to balance. Needless to say, some of attributes were priced wrong at first glance and only through testing did the imbalances surface. We’re continually adding new things to the game to keep balancing it.

GiN: In Warlock, in addition to the military units, you also control a mage lord that can cast global spells. How important is controlling this god-like leader to victory in the game?

Kozyrev: Magic plays a big role in Warlock and influences all sides of empire development. With it, you can make your units more powerful, heal them, kill or weaken your opponent’s units, teleport your troops across long distances, bless your cities or break the enemy economy, etc. Ignoring it may result in a very swift defeat.

GiN: You’ve set up several different winning conditions, from casting the Spell of Unity, to capturing all the enemy capitals, to controlling over 50 percent of the temple spaces. Why were so many victory conditions created, and do you think any are easier or harder than the others?

Kozyrev: Our game is made to be different each time a player starts a new game, and different endings are made to make it even more fun to replay the game from the beginning in other starting conditions. The difficulty of each victory type also depends on a player’s skill level along with those starting conditions. For example, a temple victory will probably be easiest on smaller maps, because of the smaller number of other planes. Conversely, One Mage Standing victory can be fastest for bigger maps that don’t have many opponents. Everybody is encouraged to choose which victory method to pursue and to tell their own story.

GiN: It’s interesting to find a game where the neutral AI (the wandering monsters) are actually intelligent, and can even control cities. Plus they attack your opponents as much as you. Why did you feel it was important to put them in the game, and how did you get their aggressiveness balanced?

Kozyrev: The setting of Ardania is about a living world, so we tried breathing life into it with those tools which were appropriate for the turn-based strategy genre. Naturally’or rather, unnaturally’monsters seemed very handy for this task. We’re looking into taking a step further and make the Gods of Ardania more involved in day-to-day events, we’ll see if we can pull it off.

GiN: Diplomacy is one of the most difficult things to get right in a strategy title, and although the lords of Warlock sometimes act a little strange, it’s better here than we have seen a lot of other places. What did you base their diplomatic skills and actions on? How do they think? Also, did you ever give any thought to a diplomatic victory, al la Civilization, or having the game end if it came down to just you and an ally?

Kozyrev: It was a really complicated process; we wanted to make other Great Mages behave sensibly while also entertaining the player. There are many different factors that are involved in AI Mages’ behavior: religion is very influential as are the differences in empire powers. The history of deals and wars also play an important role in their decisions. Above that, there are additional mechanisms like tiredness of war or treacherous behavior. And finally, we didn’t want them to treat players differently from other opponents, so it was a long, iterative process. We’re still working to improve the results, too.

GiN: One thing that you can’t turn off completely is the portals to another world. I believe you have to have at least one, though you can add more. This is an element that is very different from any other strategy title I can remember. Can you explain your thought process about adding it into the game, and why it can’t be completely turned off?

Kozyrev: It is there to add an additional place to explore, seek experience, and obtain rare elements and treasures in later stages of game. It’s not mandatory to go there, but we feel that player has to have this opportunity, especially considering it is also the only place one can find some precious resources.

GiN: The initial release of Warlock did not have multiplayer. Was this just a matter of wanting to get the single player game to market on a deadline, or did you not think multiplayer was important to have at launch?

Kozyrev: It was essentially the deal from the beginning that we are making a single player game with the possibility of multiplayer in the future. Obviously, we were able to add it in the end. Thinking about it now, though, it was easier for us to start with just a single player campaign and less risky for the publisher this way.

GiN: What?s the next project for your development house? Anything you can talk about?

Kozyrev: Currently we are still working on improving Warlock and adding new modes to it, and we look forward to staying in the turn-based genre for our next title. We definitely think there?s an audience in place for our team and our games, looking forward to adding more games to the genre!