Quite a few people will probably know about developer Xaviant’s Lichdom: Battlemage, which was published for the PC in March of 2014. It was one of the only games where there was no mana to count and no spell cool-downs, just one badass mage crating spells and unleashing incredible power against your foes. 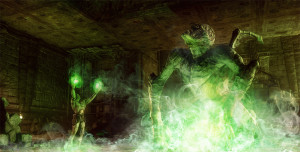 Now Maximum Games is bringing Lichdom: Battlemage to consoles, which is just perfect for the ease of control and playability found there. We sat down with Maximum Games’ Lichdom producer Andrew Nguyen to talk about some of the magic behind Lichdom, and what we can expect when our mage goes hunting on the PlayStation 4 or Xbox One.

Hi Andrew. We love Lichdom: Battlemage, but for those who don’t really know what they are in for, can you describe the general type of game that it is and what players can expect from the console version when it releases in March of this year?

Lichdom: Battlemage is a first-person spellcaster. It actually plays a lot like a first-person shooter so console gamers will be very familiar with the control scheme. The big difference is that they’ll be equipped with thousands of spells instead of guns.

Are there any differences between the 2014 version of the game and the new one?

Console gamers will be getting the same great game including all the updates and improvements that were made on PC.

In very atypical shooter style, you play a mage in Lichdom: Battlemage. Are you a pure mage, or some type of warrior hybrid? 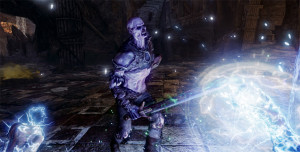 You’re a pure mage, perhaps the most powerful mage ever presented to gamers. As a mage, you can use eight unique schools of magic, called Sigils, in the game and out of those eight Sigils you can literally craft thousands of different spells. You can craft an ice grenade that freezes enemies, a continuous ray of lighting to stun and damage them, or even a pool of fire to consume groups of enemies. It would take all day to describe every combination of spells you could craft, but our intuitive system allows you to create a spell in seconds, one that is perfect for the situation you are in.

So, is the main character powerful enough to solo through the game as a mage, a character class that has almost always been cast in a supporting role?

Definitely. I believe the term typically ascribed to a mage is “squishy.” When you play Lichdom, you won’t feel squishy. You will feel badass.

Since the game is based on magic, a lot has gone into the magic system. We know there are eight basic sigils with some being elements like fire and ice, and some are more interesting concepts like corruption and delirium. How much freedom is given to players to craft those sigils into spells? Do they all combine in some way so you can have ice and delirium working together if you want? 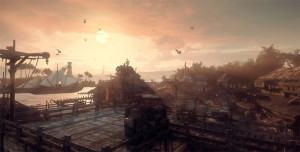 Players have all the freedom. None of the Sigils are locked up until the late game, you get access to all of them rather early and they are all equally customizable. The challenge is to figure out which combination of spells work best in the current scenario. Even then, you still have enough freedom to decide which combination is most fun for you.

So yes, you can use ice and delirium if you want. You can cast delirium on a group of enemies so they turn on each other, and then use ice to freeze a fast-moving mini-boss. Now there’s a stationary target for the delirious enemies to attack.

With more advanced spell crafting, you can eventually combine sigils in such a way to create something entirely new. For example, you can combine the use of fire and ice to cast Frostburn, a fire and ice tornado.

Would you say that crafting different spells is a big part of enjoying the game, perhaps almost as much as the battles themselves?

Most definitely. This is a loot-driven game, and loot makes up your crafting materials. You will constantly be on the lookout for material to upgrade to your current spell or to create an entirely new spell. A lot of the fun is in experimenting. Have you ever wondered what a destructive necromancy ray would do? I’m not even sure. Now you’ve got me curious. I might go try out that combination after this just to see.

Is the crafting system deep enough that we might expect to see previously unknown spells being created and talked about by players? Is the game engine able to compensate for spells that the developers might have never previously thought about using in combat? 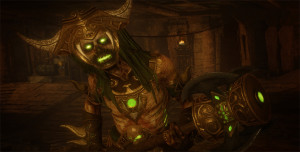 All possible spells will make sense with the game logic, you won’t be creating any spells that break the game. That doesn’t mean, however, that every spell has been created and effectively used. So, when you engage with the game’s community, you might find that someone has come up with new strategies or new ways to play that make a previously uncommon spell suddenly viable.

Do you think that Lichdom: Battlemage strikes a good balance between being a shooter and having deep crafting? How difficult is it to master either element, and are both necessary for success? 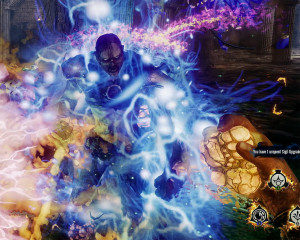 Both are necessary because there are different kinds of gamers. Some aren’t as in to crafting as others, so the game must stand on its own as a shooter. For others, they need good customization options to compliment the main game. If it isn’t clear already, we’ve got the crafting side more than covered. For those who just want to enjoy the main game, we have a very accessible auto-crafting system which gives you just enough control.

We are talking a lot about things like fire, ice and lightning, all great offensive tools. But is there any defensive magic or tactics in the game as well? 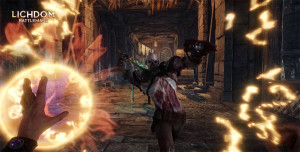 Yes! Like I said it would take all day to describe every combination of spells, that’s why I haven’t even gotten to shields! You can craft shields out of the eight sigils as well. In addition to behaving like your standard health bar, crafted shields can also be used offensively as a counter attack. Blocking at the precise moment will send out a powerful blast of magic, based on the sigil, that damages multiple enemies. Great for close-quarters combat. Shields can also be crafted to allow for “blinking,” dodging by teleporting a short distance.

We notice that the game is running under the CryEngine 3, which has been able to render some gorgeous worlds in the past. Can we expect some stunning environments in Lichdom: Battlemage, and what about dazzling spell effects? 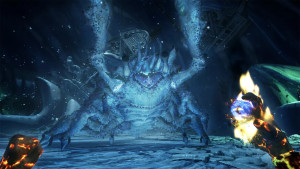 For sure, the environments look amazing. It’s what you would expect from CryEngine 3. The same goes for the spell effects. You have unlimited magic at your fingertips and you’re going to see non-stop spells the entire game, so we had to make sure they look awesome.

I’m sure you have played the game yourself. What parts of the new Lichdom: Battlemage do you think that gamers should be most excited about experiencing? 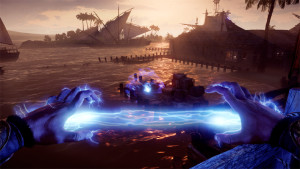 Definitely the crafting. Just imagine some of your favorite shooters, and then imagine going in to tweak those games even further to your liking. I’d suggest using the auto-craft feature for an hour or two so that you can get used to the combat and spell mechanics. Then go in to begin customizing your spells to fit your gameplay style. That will really take your experience to the next level.